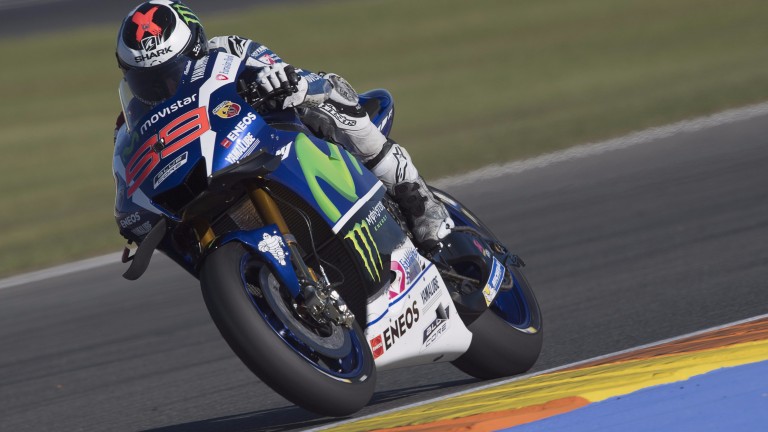 Jorge Lorenzo twice smashed the lap record at Valencia as MotoGP’s finest appeared to be enjoying their end-of-season party.

With the top two places in the championship already allocated to Marc Marquez and Valentino Rossi, the pressure was off the main men in qualifying and although Marquez had topped the timesheets in final practice, Lorenzo blitzed the field in the session that mattered.

Bookmakers are finding it hard to separate the pair for today’s race but Lorenzo looks worth backing at any odds-against quotes having landed odds of 10-11 in qualifying.

Rossi has been making quiet progress throughout the warm-up sessions and is always a bigger danger on racedays anyway. He is a 7-1 chance but another rider worth each-way consideration with three places available is Maverick Vinales.

The Spanaird performs well on home tarmac and will be keen to sign off in style from the Suzuki team as he prepares to replace the Ducati-bound Lorenzo at Yamaha next season.

Vinales won at the track in the 125cc and Moto 3 categories and has been impressively consistent in the second half of a season which has produced nine different winners.

Starting with his Silverstone victory, Vinales has placed
1-5-4-3-3-6 and is worth an each-way interest at double-figure odds for anyone who can’t separate the two major players.