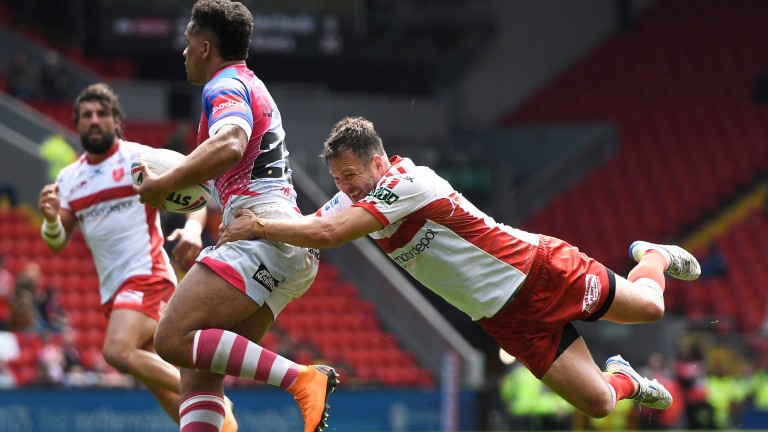 When London returned to the Betfred Super League after a five-year absence in February, most pundits were pessimistic about their survival chances and bookmakers offered 1-3 about the Broncos making an immediate departure back to the Championship.

But Danny Ward’s battling side have won six of their first 18 matches to give themselves a real chance of upsetting the odds and a win over Hull KR would move them off the bottom of the table.

The league ladder has an extraordinary look to it with seven clubs within four points of cellar-dwellers London, and every team from third-placed Hull FC downwards is nearer the bottom of the table than the top.

The Broncos are still favourites to go through the trap door at 4-5 with Hull KR 11-4 and Leeds 9-2, but the value could lie with backing Wakefield at 40-1.

Trinity have lost their last five matches and lie eighth, four points off the bottom.

The first question to answer is who will be bottom at close of play at Ealing Trailfinders on Thursday night and the layers reckon it’ll probably be London. Hull KR are 10-11 to head north with the two points.

The Broncos are 11-10 to win for the fifth time in ten attempts this season on their artificial surface. Table-topping St Helens were their last victims in golden-point extra time a fortnight ago. London then followed that with a superb 30-12 victory over Catalans in France.

However, Rovers have been in good form in the two games since Tony Smith took over as coach. An unlucky solitary-point loss to Wigan was followed by a nail-biting win over Warrington.

Smith has strengthened his squad by taking Harvey Livett and Luis Johnson on loan from his old club Warrington as well as securing the temporary transfer of Daniel Murray from Salford. The three forwards are set for debuts.

KR had to recover from a half-time deficit to beat the Broncos 22-12 at Craven Park in February and as the odds suggest another close contest is likely.

The visitors look slightly superior so a small wager on a narrow Rovers win is advised but at a bigger price, backing the Broncos to open the scoring with a penalty is a worth a punt.

A London two-pointer has been the first score twice this season and coach Ward showed his keenness to get points on the board early via a penalty in the promotion decider at Toronto last year when the Broncos won 4-2.

He and his team would settle for something similar in this relegation dogfight.