Promotion-chasing Cottagers are in fine form 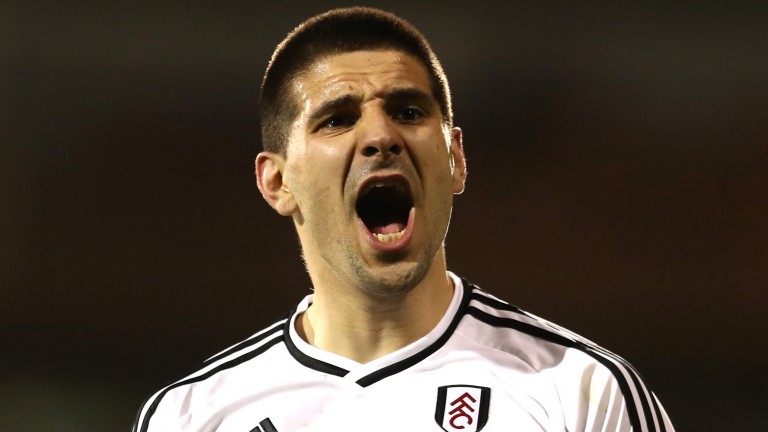 Aleksandar Mitrovic has been in great form for Fulham
Getty Images
1 of 1
By Ian Wilkerson UPDATED 8:50PM, APR 13 2018

Fulham have had a superb second half of the season in the Sky Bet Championship and they are in the thick of the hunt for the second automatic promotion place.

But Brentford still have ambitions of gatecrashing the playoffs and shouldn't be ruled out of putting up a good performance at Craven Cottage, where they have lost on just one of their last 17 visits.

It will be no easy task as the Cottagers, who have stormed up the table from 12th to the cusp of the promotion places having displayed some excellent home form.

The only time they have not won in their last nine games on the banks of the Thames was in another London derby when they surrendered a two-goal lead to draw 2-2 with QPR.

Those strikes for Rangers were two of just four goals Fulham have conceded in their last 12 home matches.

The loan signing of Newcastle striker Aleksandar Mitrovic has proved inspirational as the Serbian has chipped in with nine goals since his January deadline-day arrival, but the Bees, who are four points off sixth with four games to go, are in decent form.

With 1-0 wins claimed against Bristol City, Ipswich and Nottingham Forest in their last three matches and four victories in their last five games, another win could put them firmly in the picture.

Neither team have been involved in many high-scoring matches lately and there seems a good chance that this clash could follow suit.

Just two of Fulham's last 13 home matches have featured more than two goals and the same can be said of eight of the Bees' last nine matches at any venue.

Consequently, a hefty quote of 13-8 about there being fewer than three goals is worth a small interest.

Team news
Fulham
Floyd Ayite faces a late test on a hamstring injury but the Cottagers should otherwise be at full strength.

Brentford
Ryan Woods is available after a three-match ban while Alan Judge and Florian Jozefzoon could feature.

Key stat
Fulham have not been beaten in their last 20 Sky Bet Championship matches.