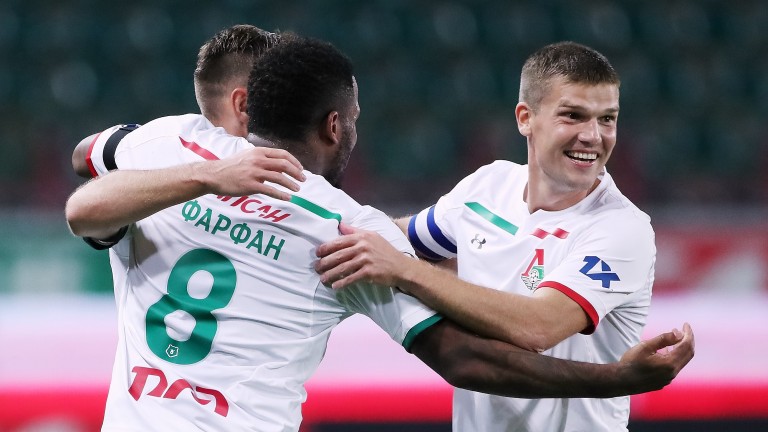 Lokomotiv sneaked in with Europe's elite thanks to a recent change in Uefa's seeding policy which allowed certain champions priority over teams finishing lower in bigger leagues, but the Moscow club's coefficient is 27th of the 32 qualifiers.

Loko were surprise Russian champions, not least because they scored the fewest goals (41) of the nation's big five and their goal difference of plus 20 was only the third-best as they claimed their first title since 2004.

Eder, who scored the title-winning goal, has made his loan move permanent and been joined by Fedor Smolov, Benedikt Howedes and Grzegorz Krychowiak, which is unlikely to be enough for qualification.

Porto Sergio Conceicao
Porto's 28th Primeira Liga title will have been one of their sweetest as it ended a four-year trophy drought and stopped Benfica's domestic dominance in Portugal.

It was a different story in Europe as Porto were pummeled 5-0 at home by Liverpool in the Champions League last 16, although coach Sergio Conceicao enhanced his reputation in his first season at the club following a successful stint at Nantes.

Conceicao was tactically flexible, moving between a 4-4-2 formation and 4-3-3 shape for the more difficult contests with the emphasis on pace in transitions where Moussa Marega, Vincent Aboubakar and Yacine Brahimi are dangerous counter-attacking customers.

Hector Herrera is an underrated central midfielder and the club did well to maintain the services of left-back Alex Telles, who topped the Portuguese league assist table with 13.

However, a club such as Porto will always sell their stars and right-backs Ricardo and Diogo Dalot headed to the Premier League, while centre-back Ivan Marcano moved to Roma, yet they remain capable of reaching the knockouts.

He did just that at his previous club Mainz, appointing Jurgen Klopp (who was then 32) and replacing him with Thomas Tuchel (then 35) but Heidel's job was on the line at Schalke following a disappointing start when he took the 31-year-old Domenico Tedesco to Gelsenkirchen.

Tedesco had finished top of the class at one of Germany's top coaching finishing schools, ahead even of Julian Nagelsmann, but it was still a risk for the Italian-born novice whose only previous senior work came in Bundesliga 2 at Erzgebirge Aue.

The gamble paid off as Tedesco awoke a sleeping giant with a second-placed Bundesliga finish, a fine achievement even if the Royal Blues were a distant fourth according to expected goals.

Tedesco's strength was his ability to nullify opponents (they conceded only 37 goals) and another tactical masterclass will be needed after Leon Goretzka and Thilo Kehrer left for Bayern Munich and Paris St-Germain respectively.

Galatasaray Fatih Terim
Four proved to be the magic number for Galatasaray as they finished top after a titanic Turkish title tussle.

There were four teams gunning for the championship before Gala became champions by four points under the guidance of coach Fatih Terim, who was reappointed in December for his fourth stint as boss.

Home form was key as the Lions were crowned kings of the jungle - Gala won 16 and drew one of their 17 home contests and the intimidating Istanbul arena could be influential in a tight Champions League group.

However, gone are the days when Turkish teams could compete financially with most of Europe for overseas players as this summer saw just three foreigners join - experienced full-back Yuto Nagatomo made his loan deal permanent from Inter and Papa Ndiaye and Henry Onyekuru arrived on loan from Stoke and Everton respectively.

Onyekuru will be crucial for goals, replacing Bafetimbi Gomis, who was Turkey's top scorer last season with 29 but has since left for Al-Hilal.