Lokeren's lack of goals has to be a concern 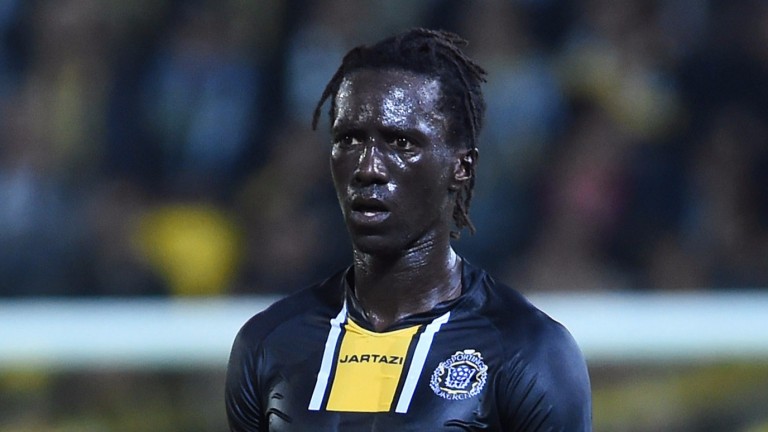 Struggling Lokeren got their season back on track with successive wins over Sint-Truiden and Genk, but Belgian Pro League leaders Zulte Waregem could prove a lot more difficult to overcome.

The main problem for Lokeren has been goalscoring. No team in Belgium's top flight have found the net on fewer occasions than their tally of 15 in 17 league outings.

They needed a penalty to claim their 1-0 success over Sint-Truiden and their 2-0 defeat at the home of the leaders in February does not bode well.

Waregem have a one-point lead at the top of the table, having been 150-1 to win the title at the start of the season.

Their 34-year-old Senegalese striker Mbaye Leye looks to be their strongest threat.

Leye should be keen to impress against the club where he had a disappointing campaign two years ago, scoring just five times, and Zulte will be encouraged that two of his six goals this term have come in their last three league outings.

They will be mindful that they have conceded 12 goals in their eight away matches and that four of Lokeren's five victories have come on their own patch.

However, only the bottom two, Mouscron and Westerlo, have scored fewer home goals than Lokeren's nine in their eight attempts.

And Waregem should be highly motivated, not just by the fact they have claimed a full return in four of their last six home games, but also because they will be keen to erase the memories of a 4-1 reverse at Standard Liege the last time they were on their travels.