Livingston should kick clear at top 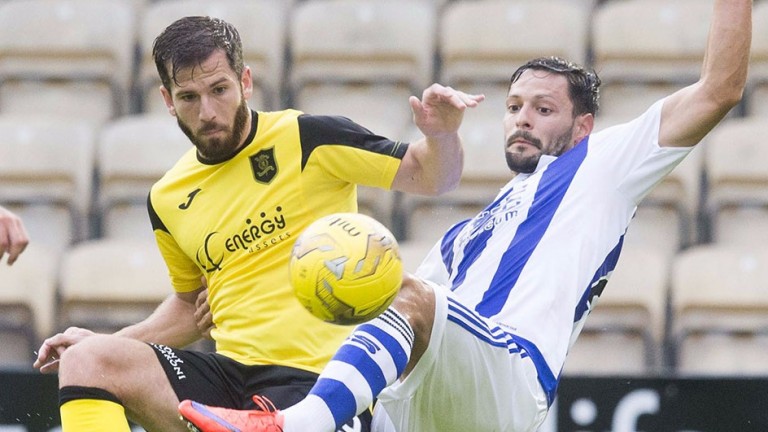 Livingston should strengthen their grip on Ladbrokes League One by winning at Alloa.

The East Lothian side have already beaten Alloa 3-1 home and away this term and will fancy their chances of extending their healthy lead at the top.

David Hopkin spent the January transfer window wisely, bringing in Declan Gallagher and Mark Millar, who could both play at a higher level, as well as Hearts youngster Nikolay Todorov.

Alloa seem to struggle at their Indodrill Stadium home and haven’t won a game there since November. Manager Jim Goodwin is still trying to impose his style on his squad and Livingston are full of confidence.

Morton are in terrific form yet are an attractive price for their visit to Dumfries to play Queen of the South.

Jim Duffy’s men have been relentlessly hunting down second- placed Dundee United in the Ladbrokes Championship and they showed what they can do with a thumping win at Ayr United last week, with Ross Forbes pulling the strings.

It’s never easy on Palmerston Park’s plastic pitch and South have improved under Gary Naysmith after a nightmare mid-season run. But the Greenock men have a settled squad and can make it five wins in a row.

Fast-improving Annan can continue their recent fine form with a raid over the border at Berwick Rangers.

The Galabank side brought in former players Smart Osadolor and Peter Weatherson and it has bolstered their firepower hugely.

They chalked up an impressive win at Arbroath and blew away Stirling Albion with a second-half blitz last week and a trip to Shielfield to face struggling Berwick won’t hold any fears.

John Coughlin has brought in eight new players in the window, including a couple from Holland, and it’s a big ask for them to gel right away.

They’ve lost six out of their last seven games and Annan can add to the gloom.