Liverpool's predicted line-up against Leicester in the Premier League 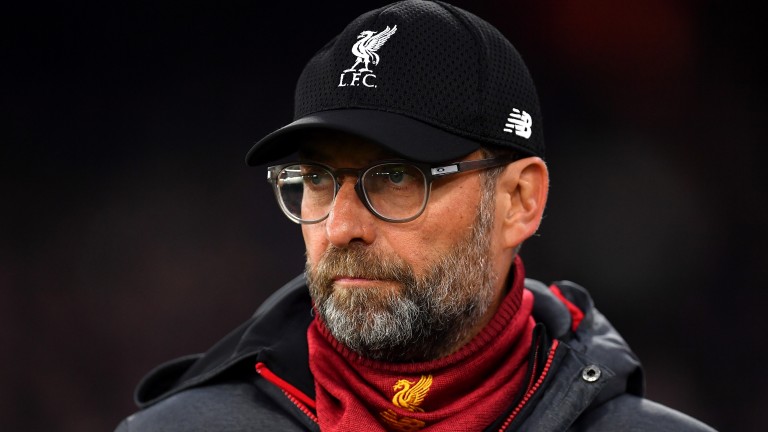 Jurgen Klopp faces a selection headache with many of his Liverpool stars sidelined through injury
Justin Setterfield
1 of 1
By Steve Davies UPDATED 9:18PM, NOV 19 2020

When Liverpool's players walked off the pitch at the Etihad after a perfectly satisfactory 1-1 draw with Manchester City, they were being chalked up at around 4-7 for their next game at home to Leicester.

Two weeks down the line and the champions will go off much closer to even money after a spectacular drift based almost entirely on an injury crisis at Anfield.

But just how much of a crisis is it? And, given the depth of the squad at Jurgen Klopp's disposal, isn't it just a crazy overreaction?

We take a look at the selection headaches facing the Liverpool boss and ask whether you'd want to be laying the team we think he may send out at their latest odds.

If there's one plus for Jurgen Klopp from this international break it's that Alisson didn't play a single minute during Brazil's World Cup double-header. And, with the Leicester game being played late on Sunday, it has given the Anfield cat a bit of extra time to get over any jet lag – and get to know the defensive unit he'll be minding.

So much of Liverpool's attacking strength comes down the flanks where Trent Alexander-Arnold and Andrew Robertson have become critical to what they do.

To lose one of them, therefore, would be a negative, to lose them both unthinkable so it's great news for Klopp that the Scot's recent injury, picked up away with his national team, doesn't look likely to stop him turning out against Leicester.

Klopp could turn to James Milner on either flank and bank on the 34-year-old to do a solid enough job, though the German would worry that the ex-England man's ringcraft might not be an answer to the pace he'll be facing.

Alternatively he could slot Neco Williams in at right-back – the 19-year-old made three Premier League starts in 2019-20, two on the right side – and hand Kostas Tsimikas his top-flight debut.

The 24-year-old has started once – the 7-2 win at Lincoln in the League Cup – but flew back in to Merseyside having helped Greece to a pair of Nations League clean sheets, so his confidence should be high.

Just eight games into the season and already Klopp has used six different central defensive pairings. Maybe that explains why they have conceded 16 goals.

Pairing number seven will be unveiled on Sunday with Joe Gomez joining Van Dijk on the long-term injured list which means Joel Matip and AN Other squaring up to Jamie Vardy.

Liverpool's only league clean sheet this season came with Fabinho in the heart of the back four and if he could prove his fitness after injury, that would ease Klopp's decision-making process.

If not then Nat Phillips comes back into the frame. He made his Premier League debut against an out-of-shape Sebastian Haller last month and dominated the West Ham man aerially. Against Manchester City's slicker, smaller, more fluid front men he was back on the bench.

Rhys Williams is quicker but he struggled at times against Atalanta's Duvan Zapata in the Champions League.

The Leicester threat looks, physically at least, more like Manchester City's than West Ham's but Williams, as if Klopp didn't need another headache, is another injury doubt after picking up a hip problem on England Under-21 duty.

Midfield, on the face of it, seems less of a problem, except that a reshaped defence might mean Klopp thinking about putting a two-man shield in front of the back four.

The German has been an avowed 4-3-3 man but twice this season – against Sheffield United and Manchester City – has deployed Jordan Henderson and Gini Wijnaldum as a pair in a 4-2-3-1.

He has done that in order to shoehorn four forwards – Sadio Mane, Roberto Firmino, Mo Salah and Diogo Jota – into his side, although that policy is also up in the air because of Salah's unavailability.

In an ideal world Klopp would doubtless simply plump for his chosen midfield three of Henderson, Wijnaldum and Thiago Alcantara, a trio with more than enough experience and guile to be able to marshal the troops behind them but also key influences going forward.

Mo Salah's absence is a major blow for Klopp given the Egyptian has scored eight goals in eight games in the league this season.

The simple solution would be to go with a front three of Mane, Firmino and Jota, but there are no guarantees that option would come off. They have worked well together before but that was in a four with the influential Salah alongside them.

The debate over Klopp's loyalty to Firmino will run and run. The Brazilian, who played a full 180 minutes for Brazil over the last week, has scored only one goal this season, but he does have a superb understanding with Mane and Salah.

With Jota in for Salah on the right flank, would Firmino become even less effective?

If you play Firmino you pretty much have to play him through the middle though there has been talk – albeit idle chat rather than educated speculation – that Naby Keita could operate as a retreating number nine, something he has done for Guinea.