Liverpool young gun can make most of golden opportunity 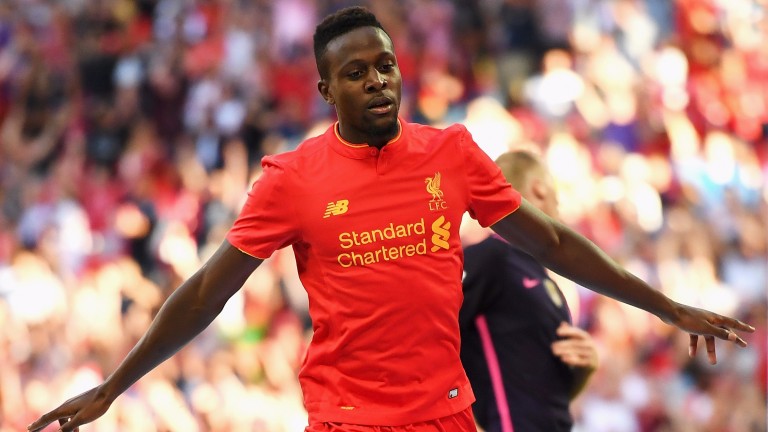 Liverpool are favourites to win the EFL Cup and they can justify that position at the top of the market with a comfortable victory over Leeds in tonight’s quarter-final at Anfield.

Jurgen Klopp will make changes to his starting 11 with the Premier League title becoming his primary target this season but even a makeshift side should be capable of overcoming the Sky Bet Championship visitors as comfortably as the short odds suggest.

One of those who has had to wait patiently for his Reds chance – forward Divock Origi – may offer a better chance to make money in the first goalscorer market.

Origi came off the substitutes bench to break the deadlock against Sunderland on Saturday and the Belgian youngster has already impressed in this competition with goals against second-tier outfits Burton and Derby.

The 21-year-old also impressed in the previous round against Tottenham even though it was Daniel Sturridge who scored both goals in that 2-1 win and Origi has been unlucky to be limited to only 170 minutes of Premier League action this term due to the brilliance of preferred front three Philippe Coutinho, Roberto Firmino and Sadio Mane.

However, there now looks to be a decent chance with Coutinho set for a spell on the sidelines due to an ankle injury while Firmino also picked up a knock against Sunderland. Back Origi to grab his opportunity with both hands.

Given Liverpool have easily beaten Burton (5-0) and Derby (3-0) on their travels it is almost certainly asking too much of Leeds to cause an upset at Anfield despite moving into the Championship’s playoff positions.

Leeds have played three times against top-six sides in their division this term, all at Elland Road, and lost the lot with leaders Newcastle outclassing them in their last home match.

The players and fans are united under boss Garry Monk but they have played only Sky Bet Football League opposition to reach the last eight and even Saturday’s 2-1 win over Rotherham was not particularly impressive.

Leeds played against ten men for 60 minutes following Peter Odemwingie’s red card, while Rotherham also had a couple of players injured in the first half with Lee Camp and Greg Halford both substituted early on.

Team news
Liverpool
Philippe Coutinho and Adam Lallana are out injured, while there are doubts over Roberto Firmino and Daniel Sturridge. Jurgen Klopp is expected to make wholesale changes.

This match will be on a totally different level and not even the return of highly-rated centre-back Pontus Jansson could be enough to keep United competitive.

Monk made a number of changes for the last round – a penalty shootout success over Norwich – and it will be interesting to see whether he does likewise at Anfield given Aston Villa visit Elland Road in a tough league match on Saturday.

That would not go down well with the big and noisy away following but even a full-strength side is unlikely to give them too much to shout about.