Reds can boost title ambitions by swatting aside Spurs 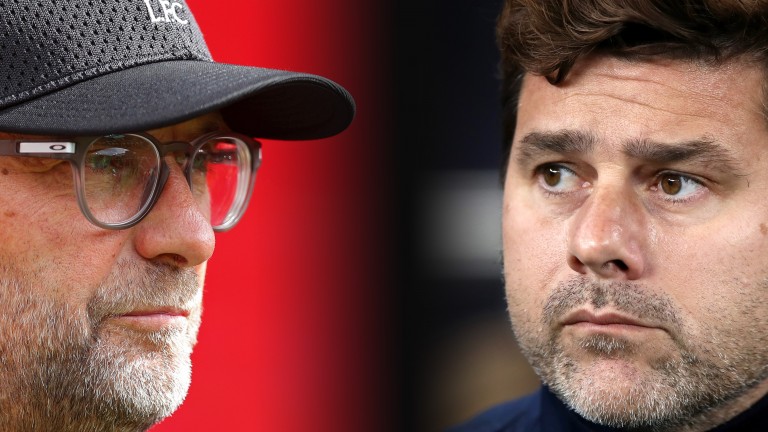 Liverpool
Trent Alexander-Arnold is fit to return after a virus but there is a doubt over Joel Matip. Xherdan Shaqiri is sidelined.

The Champions League final in June seemed to be a pivotal moment for Liverpool and Tottenham and the Premier League leaders can frank the form of their Madrid win by beating Spurs at Anfield.

Liverpool, 2-0 winners in that European final, are now 13 points ahead of Spurs after nine Premier League matches and in much better shape in all areas of their play.

Anfield has been a fortress for Jurgen Klopp's outfit in 2019 with the rampant Reds on a 14-match home winning streak and they have gone 26 matches unbeaten in the Premier League despite a slightly disappointing 1-1 draw at Manchester United last week.

The fact that Liverpool didn't play well and were still unhappy to only share the points at Old Trafford shows how far they have come under Klopp as they look to end a 30-year wait for the title.

That sixth European Cup success secured in Spain has given Liverpool an extra bit of belief that they are the real deal with the front three of Sadio Mane, Mohamed Salah and Roberto Firmino increasingly difficult to nullify.

Performances have generally been even worse than the results, which is saying something given they have won only three league matches and suffered some humiliating moments, including a 7-2 battering at the hands of Bayern Munich, a 3-0 reverse at Brighton and a League Cup exit at Sky Bet League Two outfit Colchester.

Moves have been made to silence rumours of dressing-room discontent with the players taking Pochettino out for dinner in Mayfair earlier this week and the mood will have been lifted by a seasonal-best show in Tuesday's 5-0 triumph over limited Red Star Belgrade.

Tottenham have not won away domestically since January 20, but hope for an upset comes in the fact that they drew 2-2 at Manchester City back in August. However, they were battered in general play and somehow fluked a point.

Goals are rarely a problem for Spurs with Harry Kane and Heung-Min Son tremendous threats and Dele Alli is working his way back to peak fitness to add a new dimension, which should test Virgil van Dijk and company in the Reds' rearguard.

Liverpool have not kept a clean sheet at Anfield this season while Tottenham are without an away shutout against top-flight opposition since March 5 and the Merseysiders can claim victory in a game with goals at both ends.

Tottenham have not had a 0-0 league draw in their last 80 matches, which is the longest current run in British football.