Visitors could cause problems for reshuffled Reds team 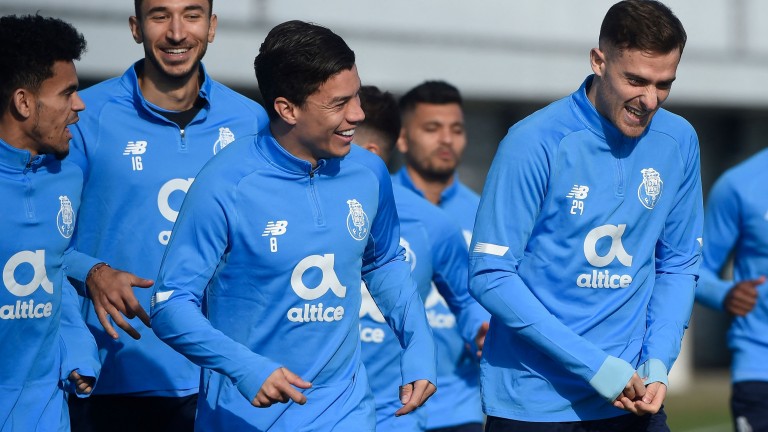 Luis Diaz can get Porto off to a strong start against Liverpool
MIGUEL RIOPA
1 of 1
By Steve Davies UPDATED 3:34PM, NOV 23 2021

Liverpool
Andrew Robertson and Jordan Henderson may be involved. Roberto Firmino is out and Diogo Jota, James Milner, Curtis Jones and Joe Gomez are doubts.

Porto
Defender Ivan Marcano is out and Pepe is a doubt. Otavio, injured at the weekend, is fit.

A full-strength Liverpool would doubtless take care of Porto without too much fuss but with the Reds having already secured top spot in Group B and nursing a few injuries, Jurgen Klopp is likely to ring the changes at Anfield on Wednesday.

The German preached stability in his press conference but he'd be daft to send out his strongest team for a match the Reds have no need to win.

Porto have never beaten Liverpool in nine attempts with six losses, the most recent coming at the Estadio do Dragao in September when the Premier League powerhouses stormed to a 5-1 win with all goals coming from their fabled front three.

Roberto Firmino will miss the return fixture and Klopp must be tempted to give one of Mo Salah or Sadio Mane a rest, especially with Takumi Minamino and Divock Origi waiting in the wings.

Klopp also has fewer options than usual in midfield but would dearly love to give Thiago Alcantara the night off, so expect a few youthful names on the team sheet.

It's not beyond the realms of possibility that one or two might even start as Klopp looks for some respite ahead of showdowns with Southampton, Everton and Wolves in the space of a week.

All of which makes this a tricky tie to call and it's why the Reds are only a shade of odds-on, which would look a great bet if you could guarantee that Klopp's idea of "stability" meant sending out the same eleven who crushed Arsenal 4-0 on Saturday evening.

That seems unlikely and while it would be easy to write off Porto given what happened in Portugal, they haven't lost since, are second in a brute of a group also featuring Atletico and Milan and memorably won at Chelsea in the spring in this competition.

Clearly, whoever Klopp sends out Liverpool will try and dictate the tempo and they'll be pleased that the Portuguese visitors are minus centre-back Ivan Marcano and possibly his partner, Pepe.

But if Porto are presented with opportunities, they are clinical. The Portuguese league leaders have failed to score in only one of their last 28 competitive matches with Atletico's typically stingy rearguard the only side to keep them quiet in that time.

Mehdi Taremi and Luis Diaz are full of goals, the latter having scored nine in the league this season and also a couple in Europe and the Colombian represents a fair first-scorer option at 17-2.

Porto have failed to score in only one of their last 28 competitive matches.

FIRST PUBLISHED 3:09PM, NOV 23 2021
Roberto Firmino will miss the return fixture and Klopp must be tempted to give one of Mo Salah or Sadio Mane a rest