Top-of-the-table Anfield should be a cracker 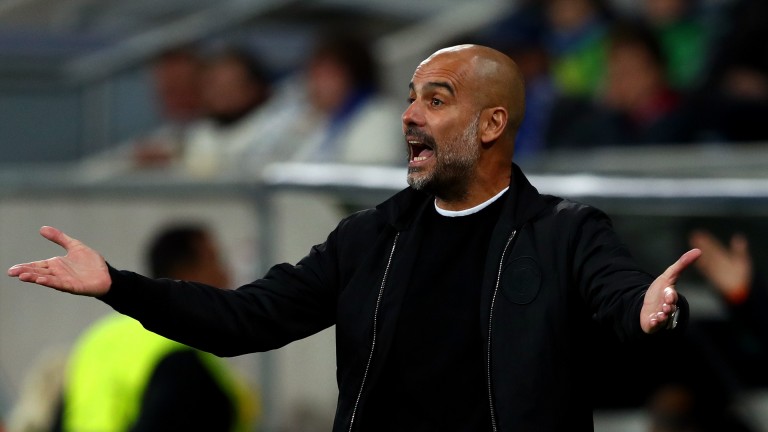 Form
The ante-post title odds suggested Liverpool would be the closest challengers to favourites Manchester City and so it has played out after seven Premier League matches with the champions top, only on goal difference, after both teams accumulated 19 points from a possible 21.

However, there can be no doubt City have had the easier start. The average current league position of their opponents has been 14.7 compared to Liverpool's 10.4. Pep Guardiola's side have already faced five of the bottom six, with four of those fixtures at home.

The tactical battle
No manager has Guardiola's number quite like Jurgen Klopp, who has won eight of their 14 battles when they have faced off in the Bundesliga, Champions League and Premier League.

Guardiola's all-out commitment to possession-based play can leave City vulnerable in transitions and as he admitted last season: "Of course, Klopp is a master of the counter-attack."

In the book Pep Confidential, Guardiola spoke of Klopp's Dortmund outfit and said: "I’ve never seen anything like it. They are completely focused for 90 minutes, waiting for you to mess up a pass so that they can set their sprinters on you."

City had at least 64 per cent possession in their four meetings with Liverpool last season, but lost three of them.

Team news
City are hopeful that Benjamin Mendy will return but Kevin De Bruyne remains sidelined. Naby Keita should be available despite a back injury picked up in Naples on Wednesday.

Verdict
It is a fascinating encounter that screams out goals but that is reflected in the odds. Even this early in the season the stakes are high and it could end up in a humdinger. 2-2 draw.