Reds' squad depth can help them keep up their winning run 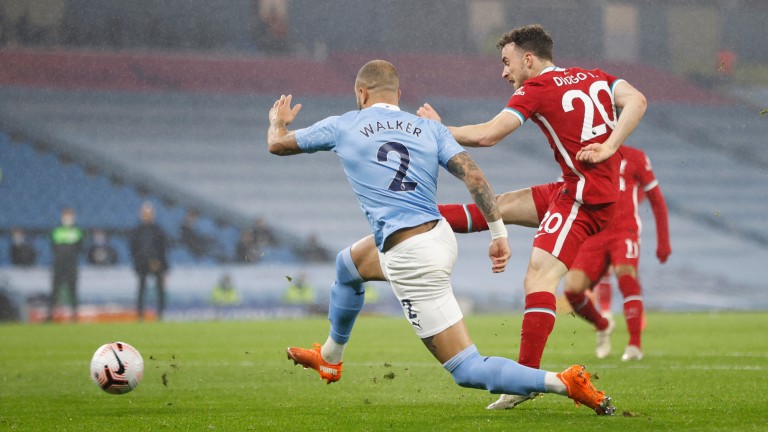 Liverpool
Mo Salah is self-isolating and Jordan Henderson (groin) has joined Trent Alexander-Arnold, Joe Gomez and Virgil Van Dijk on the sidelines but Fabinho, Thiago Alcantara and Alex Oxlade-Chamberlain could be involved.

Leicester
Wesley Fofana is expected to shake off a knee injury and Timothy Castagne (hamstring) is back in full training but Wilfred Ndidi (groin) is out.

With nearly half a first team missing it's no surprise to see headlines spelling out Liverpool's injury crisis. But the Premier League champions have the perfect opportunity to show their strength in depth and defy the drift in their match odds by seeing off Leicester at Anfield.

First there was Virgil Van Dijk's serious knee injury which threatens to rule him out for a large part of the season, and now Trent Alexander-Arnold, Joe Gomez and Jordan Henderson have joined him in a crowded Reds' treatment room while Mo Salah is also out of the picture following a positive Covid test.

But there have also been some major positives over the last fortnight with Naby Keita, Thiago Alcantara, Fabinho and Alex Oxlade-Chamberlain edging closer to full fitness.

Reds boss Jurgen Klopp could choose to blood one or two of his youngsters but he has plenty of experienced players to call on and his main concern will be to afford decent protection to a makeshift back line.

Tactics-wise, he doesn't have to divert too much from the formula at Manchester City a fortnight ago.

Liverpool headed to the Etihad knowing they could face their most serious examination of the season but they coped superbly in a deserved 1-1 draw and did such a good job of protecting Alisson that he faced just two shots on target.

Klopp sprang a surprise by going with a four-pronged attack but seems certain to return to an offensive trio this weekend due to the loss of Salah.

Any side would miss a player of Salah's quality but Diogo Jota has been outstanding and is playing as if he has been a Liverpool player for several years.

While the names on Liverpool's teamsheet have been constantly changing, the intensity and tempo of their performances have been consistently high since the 7-2 loss at Aston Villa in October.

And Liverpool's desire for another three points could give them the edge over Leicester, who are probably higher in the table than their performances have merited.

Brendan Rodgers will be delighted with 18 points from eight games but four of his team's six wins have been achieved despite having fewer shots than the opposition.

Leicester should be praised for their efficiency in both boxes but their flying start may not be a sign of things to come and their poor record at Anfield, where they have lost on seven of their last nine visits, looks set to continue.

Liverpool are unbeaten in their last nine home matches against Leicester