Reds could be made to work for three points 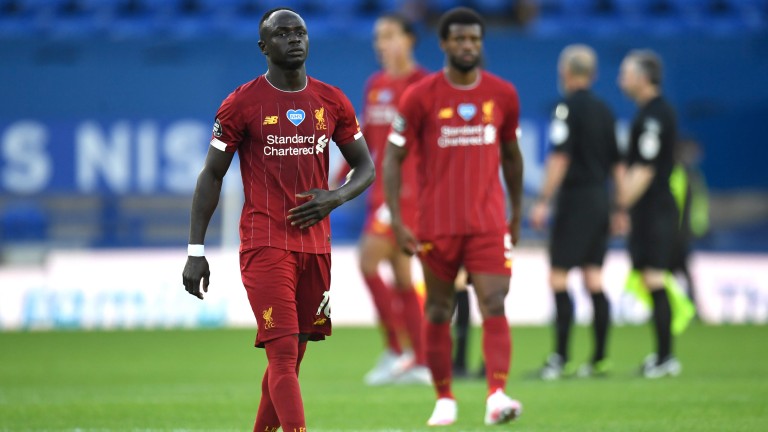 Liverpool to win by one goal
1pt 11-4 BoyleSports, Sky Bet

Liverpool
Liverpool should welcome back Mohamed Salah and Andy Robertson, who sat out Sunday's game with knocks, but Joel Matip (toe) and James Milner (hamstring) will miss the game after picking up injuries against Everton.

Liverpool can move to within touching distance of the Premier League title with a victory over Crystal Palace but the Eagles can make them sweat before claiming maximum points.

After Sunday's goalless draw in the Merseyside derby and Manchester City's win over Burnley, the Reds can't officially end their long wait to be crowned champions against Palace - but they should take a big step towards ending their 30-year wait with three more points at Anfield.

Jurgen Klopp's side were far from their best at Goodison Park in Sunday's stalemate but returning to home turf, even without the backing of the Kop, should see them down the Eagles and take them to the brink of glory.

Liverpool lacked a cutting edge in the absence of marauding left-back Andy Robertson and leading goalscorer Mohamed Salah on Sunday,  and January arrival Takumi Minamino toiled somewhat as part of the front three on his first Premier League start.

Overcoming a Palace side who were impressive in their 2-0 win at Bournemouth on Saturday will not be easy but the leaders should shake off their rustiness to maintain their 100 per cent home league record this season.

Roy Hodgson's side are chasing European football next term and come into this round of fixtures in ninth spot, so they are no pushovers but Liverpool should edge it and get the job done.

Klopp's men have secured 14 of their 27 league victories by a one-goal margin and the 11-4 about another slender success for the Merseysiders looks tempting.

It was 2-1 at Selhurst Park in November courtesy of a late Roberto Firmino goal and seven of the last nine Premier League games between the teams have been clinched by the odd goal, with the Reds coming out on top in the last five.

Palace were the last side to win at Anfield in the league, way back in April 2017, and they have been a memorable bogey side for Liverpool in the past, but an away victory in such an important game for Liverpool would be an even bigger shock than the odds suggest.

Liverpool have beaten Palace by one goal in four of their last five meetings.

FIRST PUBLISHED 4:01PM, JUN 23 2020
Liverpool have beaten Palace by one goal in four of their last five meetings