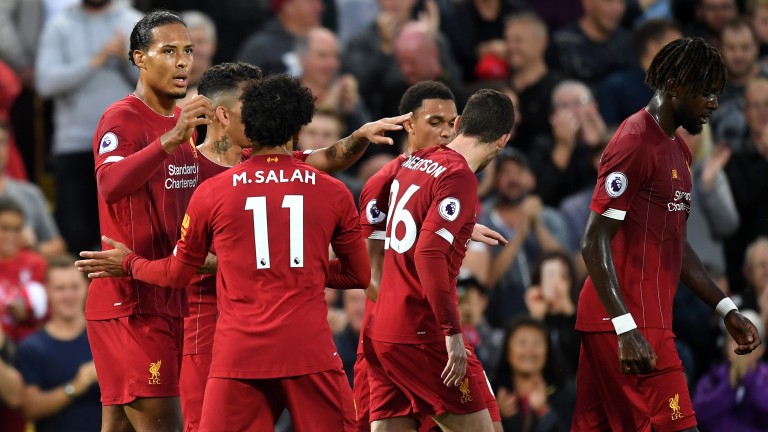 Istanbul was the scene of Liverpool’s greatest European night and the love affair with the Turkish city is set to continue with Jurgen Klopp’s men fancied to take care of Chelsea and win the Super Cup.

Fourteen years after the Reds produced a stunning comeback to beat mighty Milan on penalties to win the Champions League, they are back on the Bosporus.

There are unlikely to be as many thrills and spills as that feted evening with many punters feeling it will be a walk in the Vodafone Park for the Reds given the contrasting starts for Liverpool and Chelsea.

There’s no doubt that Klopp has to be the more bullish of the two managers having seen his side open up their Premier League schedule with a 4-1 romp past Norwich two days before Chelsea were humbled by Manchester United.

One-match form is always dangerous and in fairness to Chelsea they were nowhere near as bad at Old Trafford as the 4-0 scoreline suggests.

Liverpool, meanwhile, have the quicker turnaround with a trip to Southampton on Saturday which, with due respect to Uefa, is far more important to them than this encounter.

So while the bottom line is that Liverpool ought to win, rather than lump on the favourites at short odds take a risk on the Reds to be winning at the break and full-time.

Klopp’s men were fast starters at home to Norwich scoring four goals in the first 42 minutes and that’s typical of their approach. They scored 38 first-half goals in the league last season and were ahead at the interval 21 times.

With eyes on Southampton on Saturday, Klopp will want to get the match won early and he has the firepower to do so against a defence which was a shambles in Manchester.

Statistically, at least, Chelsea did okay at Old Trafford with more shots on shared possession.

But there was a naivety, or perhaps teething troubles, under Frank Lampard which will need to be addressed.

Their pressing game didn’t work because not all players seemed to have bought into the system and the holes left behind were duly exploited. And if you leave holes in the wrong places for the likes of Mohamed Salah and Sadio Mane then you are asking for trouble.

Lampard is handicapped by not having his best team available and that team isn’t great anyway without Eden Hazard.

They had plenty of shots at United but many were from distance and half chances whereas the home side were invited into the box far too often.

And few would argue that Liverpool are considerably slicker, sharper and better than United.

Women’s World Cup final referee Stephanie Frappart takes charge. She was one of the better officials in France this summer but has limited experience of the elite level men’s game.

There’s also VAR and Uefa’s interpretation of it which differs from what is being preached in the Premier League. That might make the likelihood of a spot kick worth looking at.

Back this tip with Paddy Power

Liverpool
Alisson is out with a calf injury while Dejan Lovren has been ruled out through illness.

Chelsea
Willian and Antonio Rudiger have travelled but are unlikely to start. Reece James, Ruben Loftus-Cheek and Callum Hudson-Odoi are out.

Only one of 11 previous Uefa competition clashes between Liverpool and Chelsea has been settled by more than one goal.