Saints could pay for wasting chances 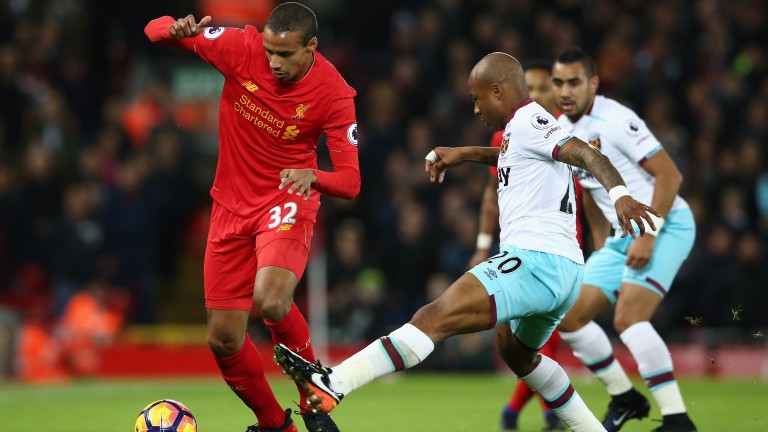 Southampton had great chances to open up a handsome advantage over Liverpool in the first leg of their EFL Cup semi-final but had to settle for a 1-0 victory and their wastefulness could come back to haunt them at Anfield.

The tie is finely-balanced with Liverpool a shade of odds-on to make it to Wembley and Saints around evens to progress to their first major final since 2003 when they finished runners-up to Arsenal in the FA Cup. But those odds may underestimate Liverpool's chances.

Anfield was stunned into silence on Saturday by Liverpool's shock 3-2 defeat at home to Swansea which may have done major damage to their title hopes.

A complacent attitude from Liverpool fans and players was evident for long periods of that match but the approach should be different against Southampton with Jurgen Klopp's men ready to rise to the challenge.

Southampton's aim is to defend diligently and quieten the crowd but their capacity for resistance will depend heavily on the status of influential central defender Virgil Van Dijk, who sustained an ankle knock during Sunday's 3-0 victory at home to Leicester.

Saints' academy product Jack Stephens replaced Van Dijk after 55 minutes in that match and was largely untroubled by a poor Foxes side, but he should expect a far-tougher challenge against a Liverpool attack bursting with trickery and movement.

Offensively against Leicester, Southampton were as impressive as they have been all season and may feel that attack is their best form of defence.

However, Saints will be up against a Liverpool rearguard reinforced by the return of Joel Matip.

A combination of injuries and a dispute with the Cameroon FA has kept Matip out of the starting line-up since December but the 25-year-old is one of Liverpool's most reliable and physical defenders and should tighten up a backline which struggled to an alarming degree against the Swans.

Offensively, Liverpool will not quite be at their best until Sadio Mane returns from the Africa Cup of Nations and there are doubts over Philippe Coutinho's fitness after the Brazilian missed training on Monday.

But the Reds are the highest scorers in the Premier League with 51 goals – 29 more than Southampton - and they have rarely been as ineffective as they were in the first leg on the south coast.

That match came at an awkward time for Liverpool, just four days before they faced Manchester United at Old Trafford.

From the first whistle there was a lack of intensity to Liverpool's play and Klopp admitted to being a relieved man after the deficit was limited to a single goal.

Without their usual flair Liverpool are a shadow of themselves.

However, they are likely to play with a lot more energy and intent in front of a sellout Anfield crowd and should have a little too much quality for their mid-table opponents.

Southampton
Virgil Van Dijk (ankle) is a doubt and Sofiane Boufal is injured, but Steven Davis could return from injury.