Reds are not playing with the same swagger as last season 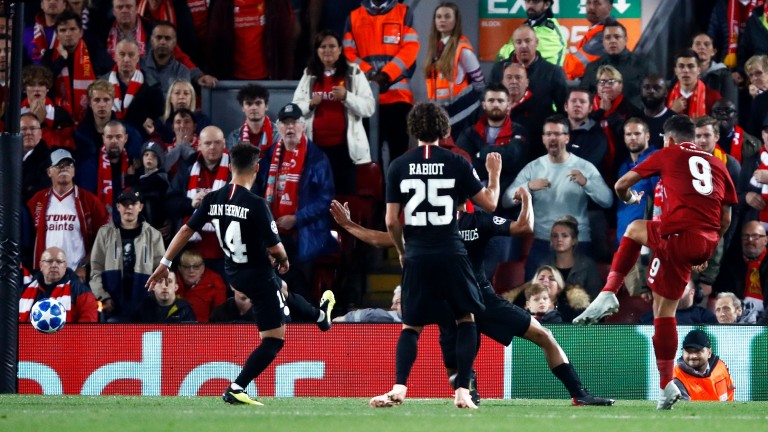 Liverpool last beat a side by more than three goals on the opening weekend of the season and on current form it’s asking a lot of them to do it against Red Star in the Champions League on Wednesday night.

Last year’s beaten finalists are 1-14 to beat the Serbian champions at Anfield, where a ban on travelling fans will make home advantage even more pronounced than usual.

Red Star’s supporters have been handed a two-game suspension following trouble in their playoff tie at Salzburg. The first of those matches was in Paris last time out when the Serbs were battered 6-1 by PSG.

However, as Jurgen Klopp was at pains to point out on Tuesday, when Neymar is on fire few defences can resist regardless of whether or not there are any friendly faces in the away enclosure. The Brazilian bagged a hat-trick that night.

Liverpool, like PSG, can inflict serious damage on sides. They dished out 7-0 hidings to Maribor and Spartak Moscow during last season’s run to the final and also put five past Porto and Roma.

But that was last season when Liverpool were playing with a swagger they have yet to emulate in 2018-19 and Red Star shouldn’t fear a hiding of those magnitudes.

Klopp’s team go into the Group C showdown primarily concerned with securing a win having lost 1-0 at Napoli last time. They’ll want six points from their double-header with Red Star, but it might not be a breeze.

The five-time European champions are unbeaten in their last 17 home European ties but it’s their form over the past few weeks rather than the past few years which needs to be assessed. They hadn’t won in four games going into Saturday’s match at Huddersfield, where they did just enough to chalk up a 1-0 win.

Solid at the back with Alisson between the sticks and Virgil van Dijk at the heart of a very good defence, they’ll be hard to trouble in open play. But Red Star are a big side who will be a danger at set-plays and from second balls.

They are seven points clear in the defence of their Super Liga title and that’s after just 12 rounds of matches.

Coach Vladen Milojevic guided Red Star to the title in the spring at the end of his first season in charge and they look a decent outfit.

This is going to be their 11th tie of the competition after they entered in the first qualifying round and any team who can chalk up home-and-away draws against Salzburg and draw 0-0 with Napoli clearly need to be respected.

What happened in Paris was simply one of those night when PSG were irresistible.

It seems incredible that Red Star could go off at 50-1. They are not that bad and they can put up a decent show.

In the Europa League last season, when Milojevic was trying to get his team playing his way, they went to Arsenal and drew 0-0 and were then pipped 1-0 on aggregate by CSKA Moscow in the last 32.

Liverpool have bagged only three goals in their last five matches and they might struggle to cover a three-goal Asian handicap. Backing Red Star +3 is a winner if they win, draw or lose by one or two goals, with stakes refunded if they lose by three.

Team news
Liverpool
Skipper Jordan Henderson joins Naby Keita and Alex Oxlade-Chamberlain on the sidelines. Sadio Mane and James Milner have recovered from injuries and Gini Wijnaldum is also expected to be fit.

Red Star
Centre-back and skipper Vujadin Savic is a major doubt with a hamstring problem. Right-back Filip Stojkovic is also a doubt while left-back Milan Rodic is out. Marko Marin and Jonathan Cafu are also crocked.

Key stat
Red Star’s 6-1 defeat at PSG was their first away defeat by more than three goals in any competitions since August 2011.