Liverpool and Manchester City need to be wary of United threat

Revitalised Red Devils look to be on the up 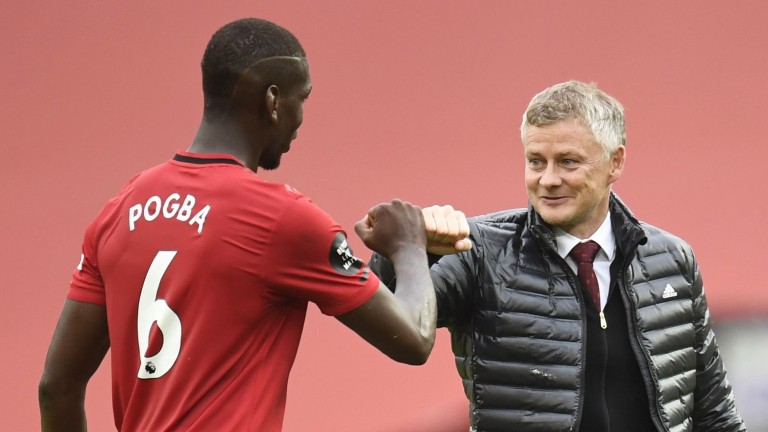 Manchester United boss Ole Gunnar Solskjaer may not be smiling at the London Stadium
PETER POWELL
1 of 1
UPDATED 5:12PM, JUL 8 2020

In recent days I have been doing something I wasn’t expecting. I have been backing Manchester United to win the 2020-21 Premier League title.

There is still some 14-1 out there, but the price has been contracting, which means I am not the only one who has had the same idea.

By Christmas it could look an inspired wager or one of the most embarrassing moments of a punting career that has had plenty of them.

There are so many questions to be asked about next season. When will it start? What tweaks will be made to ensure it is over in time for the delayed Euro 2020 tournament to go ahead? How will they fit in all those Champions and Europa League qualification ties that are normally well under way by now? And, most importantly, how and when can crowds return to grounds?

Actually, most importantly is will the virus continue to take a less brutal daily death toll, allowing life, and football, the chance to return to normal, but nobody knows the answer to that so let’s focus on less worrying issues like who might succeed Liverpool as champions.

It could, of course, be Liverpool. They won the title by miles this season, and there is little evidence of an imminent exodus of star players so Jurgen Klopp ought to be able to strengthen his already excellent squad and kick on.

His priority should be to recruit a fourth forward of decent quality because when Sadio Mane, Mo Salah or Roberto Firmino are injured or need a rest there simply isn’t adequate cover at present.

Many people struggle to work out why Manchester City, fully 23 points behind their rivals going into Wednesday's games, are favourites to regain the crown next term, and I am one of them.

Yes, they showed what they can do by dismantling Liverpool 4-0 last week, but they then followed up with a defeat, albeit an unlucky one, at Southampton, and they have come up short far too often this season.

Moreover, unless they can get their Champions League ban rescinded it is hard to see all of their current stars remaining or potential new ones joining, so there is no great desire to back them at evens.

If you want to look beyond the big two, the most obvious choices, both at around the 14-1 mark are Chelsea and United, and with Timo Werner set to provide genuinely top-class scoring prowess to a Blues side who have lacked it this term, and a generally progressive feel to the squad there is every chance they will have an improved campaign.

You can forget Arsenal, who need more renovation than their budget will allow for, while Tottenham appear to be on a hard-wired downward trajectory under Jose Mourinho, who is now officially stale goods.

Some you win, some you lose. When Mourinho was installed as Mauricio Pochettino’s replacement last autumn I correctly forecast he would do nothing to improve the club and, as we witnessed during their woefully dull 1-0 win against Everton on Monday in one of the most apathetic Premier League games I have seen in ages, that has indeed proved to be the case.

But I and others also called it badly wrong in castigating United for giving Ole Gunnar Solskjaer the manager’s job on a full-time basis after he had temporarily revitalised them in the wake of Mourinho’s departure.

The Norwegian has craftily and impressively set about guiding the club out of the post-Fergie doldrums, primarily by giving youth a chance, which is something not enough managers do.

And he will go into next season with a genuinely exciting squad that should be even stronger with the expected level of financial investment in new players.

As a punter one of my main faults is that I fall into traps so willingly. The horse that gets stopped in its tracks just as it seems it is about to launch a strong finish goes straight into my tracker and is backed next time.

But the price is too short because of course I am not the only person who noticed how unlucky it was so I end up having a bad value bet.

This could be a similar story. Since the resumption United have blown away Sheffield United, Brighton and Bournemouth, looked the better side in a draw at Spurs and needed extra time to see off Norwich in the FA Cup.

It is a short burst of decent quality that does not in itself scream champions elect. But it also forms the latter part of a 16-game unbeaten run in which there has been growing evidence that things are coming together really nicely.

The addition of outstanding playmaker Bruno Fernandes has felt like finding the missing piece of a jigsaw, and the emergence of Mason Greenwood as a lively wide forward with a lethal eye for goal is giving United supporters a big thrill.

Two recently revealed stats caused me genuine surprise. One was that Burnley goalie Nick Pope has had as many league clean sheets this season as Liverpool’s Alisson, and the other was that United’s front three of Greenwood, Marcus Rashford and Anthony Martial have collectively outscored Mane, Salah and Firmino.

With a full season of Fernandes operating just behind them, and the benefits of a defensive unit that feels like it is increasingly formidable, as well as the likelihood of Dean Henderson returning to Old Trafford to provide competition in goal, things are looking bright for the club for the first time since Sir Alex Ferguson retired.

Others making the case for the Red Devils will point to the possibility of Paul Pogba making a sustained contribution, but I will believe that when I see it. If it happens, great, but it would be dangerous to bank on it.

The chances are Liverpool or City will win the title next season but the odds of either outcome are too short, and at 14-1 it is worth backing United to have the scope to stay on a significantly upward trajectory and force themselves into the thick of the battle.

Of course they did. Of course the organisation that decides on changes to the laws of football decided to offer leagues the option to use five substitutes on a permanent basis.

That measure was brought in as a temporary way of preventing fatigue and injury among players during the post-coronavirus resumption along with drinks breaks midway through each half.

Both should be done away with. The drinks intermissions have become mini-coaching breaks, and the five subs rule simply gives richer clubs with deeper squads an even greater advantage.

On a far more optimistic note, it was encouraging to hear Gary Lineker proposed at a recent meeting with Fifa an excellent idea to speed up the taking of free kicks, something this column has wittered on about for many years.

On Monday, it took Tottenham one minute and 45 seconds to take a free kick on the edge of the Everton box, something everyone accepts as one of those things but which should not be tolerated. To lose two per cent of a match duration while a team who have committed a foul are allowed to assemble a wall with the precision of a chartered surveyor is ridiculous.

Lineker proposes that teams should be allowed to take free kicks as quickly as they like and that the player taking the kick should be able to play it to himself, which is a genius idea.

After all, if someone has been galloping down the wing and is taken out by a full back, had he not been fouled he would have been able to continue dribbling it so there is no logic for demanding players have to either find a colleague with a free kick or shoot at goal.

It is also absurd that the fouled team are obliged to wait for the referee to tell them when they can restart the game.

A radical reform of the free-kick process should include the following: the team awarded the kick can take it as quickly as they like, to include while the opposition are trying to get a wall built; the player taking the kick can dribble it; the ball can be moving when the kick is taken as long as it is in the general vicinity of where the offence took place; and players from the penalised side will be booked if the ball hits them while they are within ten yards of the ball unless the referee deems the ball has been deliberately kicked against them while they were making a genuine effort to retreat.

This package of measures would have tremendous benefits for football, including players being far more reluctant to concede free kicks.

I hope Lineker’s brilliant idea of a self-pass from a free kick is either implemented or at least trialled because it would help repair some of the damage done by last summer’s calamitous cocktail of the ridiculous changes to the handball law plus the introduction of VAR.