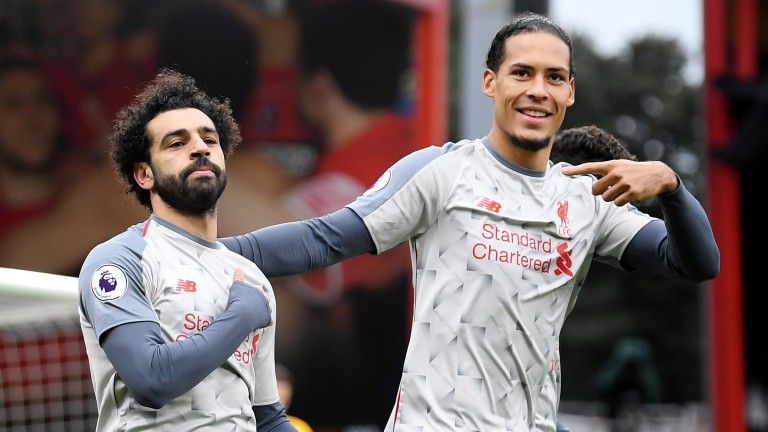 A six-point lead at the top of the Premier League has left Liverpool just 8-11 to capture their first top-flight crown since 1990 and bookmakers have turned their thoughts to potential records for Jurgen Klopp’s team to break.

The Reds conceded just seven goals in the first half of the campaign and bet365 are 5-1 that they will concede fewer than Chelsea’s record of 15 from the 2004-05 season.

Arsenal completed a whole term without being beaten the season before and Klopp’s outfit are 8-1 to emulate that achievement.

Liverpool defender Virgil van Dijk heads into the new year as favourite to be player of the year  – the Dutchman is 6-4 with bet365, Sky Bet and 188Bet to collect the PFA gong – while Manchester City will be hoping that second favourite David Silva  can start against Southampton after being used as a substitute in the 2-1 defeat to Leicester following a hamstring injury.

Champions City have lost three of their last four Premier League matches and will be without the suspended Fabian Delph.

Chelsea will be without forward Pedro for their trip to Crystal Palace after he suffered a hamstring injury, while the Eagles should have goalkeeper Wayne Hennessey and Martin Kelly available after injury.

Bournemouth’s Simon Francis has been ruled out for nine months after suffering a knee injury against Tottenham.