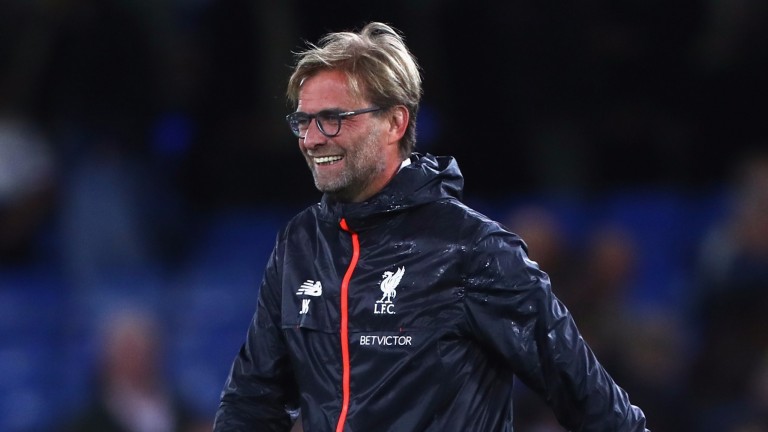 Watford have kept three successive Premier League clean sheets for the first time since December last year but they are facing one of their toughest matches of the season at Anfield today and are unlikely to hold out until half-time.

Plenty of weekend accumulators will include Liverpool, who are 3-10 to win the match, but a better value single bet is to back the Reds to be leading at half-time and full-time at 20-23.

Liverpool are second-favourites in the title race and deserve their status as the most likely challengers to Manchester City.

They have played against four of the top six in the title betting and achieved two draws (a 1-1 at Tottenham and a 0-0 at home to Manchester United) and two wins (a 4-3 at Arsenal and a 2-1 at Chelsea). But winning a championship is about more than conquering the big teams and Liverpool must show their early-season 2-0 loss at Burnley was nothing more than a blip.

In recent years Liverpool have had a habit of dropping points against less illustrious teams and one of their worst examples last season was a 3-0 loss to Watford at Vicarage Road.

However, Jurgen Klopp believes his team have moved on decisively from that horror show in Hertfordshire and he is probably right. In the 31 league games which have followed, Liverpool have collected 59 Premier League points at an average of 1.9 per game.

That average would have been enough to secure second place in the league last season although it is becoming clear that this season’s title race is likely to be much more competitive than last.

However, Liverpool have a big advantage over four of their five rivals due to having no European commitments and Klopp has admitted to preparing his players all week for the challenge of opening up Watford’s three-man defence.

Earlier in the season Watford were having some teething problems with their change of system (from a 4-4-2 to a 3-4-1-2) and were leaking far too many goals.

However, they have looked much more solid in recent weeks with centre-backs Younes Kaboul, Sebastian Prodl and Miguel Britos forming a good understanding.

The big problem Walter Mazzarri has today is that Prodl (probably the pick of his back three on recent performances) is expected to miss out through injury.

Prodl’s likely replacement – Christian Kabasele – was rated highly enough to make the Belgium squad at Euro 2016 but has made just one start this season – featuring for 51 minutes of the 3-1 home loss at home to Arsenal.

A ring-rusty Kabasele could be the Hornets’ weak link and any defensive deficiency will be seized upon by Liverpool, who have looked as lively an attacking force as any team in the league.

Klopp’s men have scored at least two goals in eight of their last nine games – the exception being the frustrating 0-0 draw against Manchester United – and they should overcome Watford with something to spare.