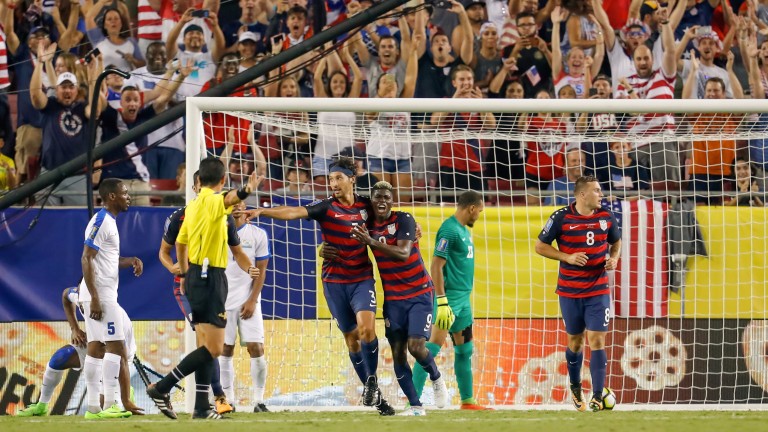 USA came through a weak Group B at the Concacaf Gold Cup and are red-hot favourites to defeat El Salvador in the second of two quarter-finals at Lincoln Financial Field, Philadelphia.

The first of the last-eight clashes pits Group A winners Costa Rica against Group B runners-up Panama.

That match looks too close to call but USA are widely expected to cruise past El Salvador, the third-placed team in Group C.

USA have grown into the competition and produced their most convincing performance when defeating Nicaragua 3-0 on Saturday.

However, they have conceded three goals and may struggle to shut out the Salvadorans, who looked lively in their three group matches.

El Salvador attackers Rodolfo Zelaya and Nelson Bonilla (their two-goal tournament top scorer) have caught the eye and one of them may find the net in a losing cause.

Arsene Wenger has ruled out selling Alexis Sanchez this summer but the Chilean is still on his summer break and will not be available for the Gunners' International Champions Cup match with Bayern Munich in Shanghai.

High-profile signing Alexandre Lacazette scored on his debut as Arsenal defeated Sydney 2-0 last Thursday and should get another chance to shine against the Bundesliga champions.

Leicester and West Brom contest a Midlands derby at the Hong Kong Stadium in their first taste of action at the Premier League Asia Trophy.

The Foxes will be without central defender Robert Huth, who has undergone ankle surgery and will miss the start of the Premier League campaign.