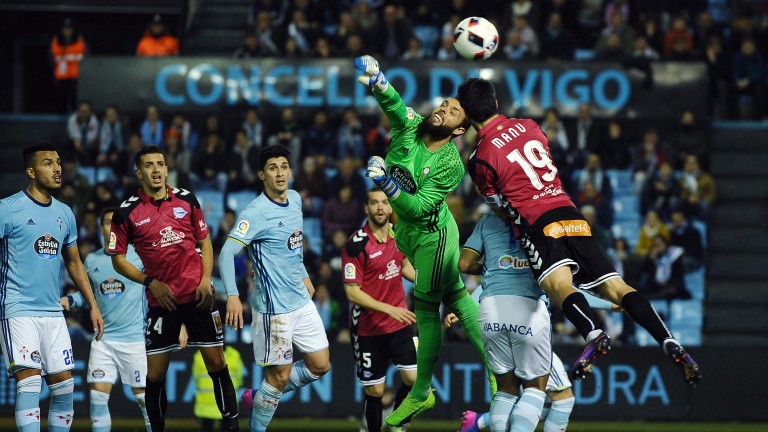 Seville v Villarreal Sky Sports Mix, 11am
Renowned misers Villarreal – they boast the tightest defence in La Liga with 14 goals conceded – will have their defensive resolve tested at free-scoring Seville.

The southern side have scored 18 times in their last six games and may well have added more at Espanyol had they not been reduced to ten men after two minutes.

Real Sociedad v Osasuna Sky Sports 2, 5.30pm
With four draws in their last five games, Osasuna are definitely improving even if they are finding a second league win of the season elusive. Real Sociedad have to bounce back from a heartbreaking cup exit at Barcelona and a heavy loss at Real Madrid, but their only defeats in the last couple of months have been against the top three.

Celta Vigo v Real Madrid Sky Sports 1, 7.45pm
Celta Vigo knocked Real Madrid out of the Copa del Rey in January but they could struggle to repeat the dose in La Liga. However, Real will be without Luka Modric, Marcelo and Gareth Bale for their trip to the Balaidos and Little Celta, who have won seven of their last eight league matches on home soil, can be supported to keep the scoreline respectable.