Sexton given nod at fly-half 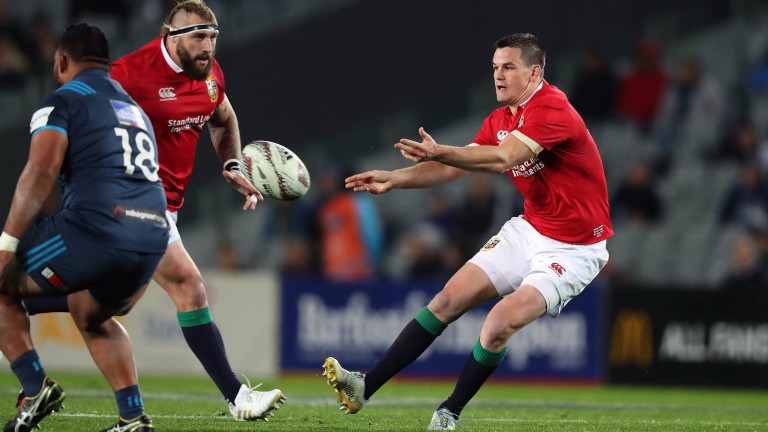 Jonathan Sexton starts for the Lions against the Maori All Blacks
INPHO/Billy Stickland
1 of 1
By Graham Woods 11:05AM, JUN 17 2017

The British & Irish Lions have named their team to face the Maori All Blacks in Rotorua on Saturday, a selection many believe to be close to Warren Gatland's Test line-up.

Jonathan Sexton starts at fly-half, partnering Ireland teammate Conor Murray, while Owen Farrell, who had originally been named on the bench, has been ruled out with a leg muscle strain. Dan Biggar is his replacement.

Farrell looked to have staked a claim for the Test shirt with a commanding performance against the Crusaders last weekend.

Tour captain Sam Warburton is on the bench having started - and scored a try - against the Highlanders on Tuesday. Peter O'Mahony will captain the side in Rotorua.

The Lions are five-point favourites for Saturday's showdown - they then face the Chiefs on Tuesday before the big one against the All Blacks on June 24.