Canes should kick off round with comfortable win 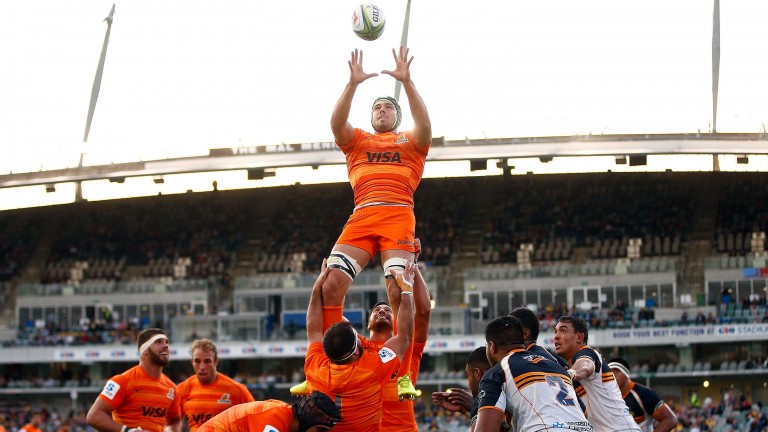 The Lions finished top of the overall regular-season standings last year and are back there again, one point ahead of the champion Crusaders having played a game more.

They shut out the Waratahs 29-0 in Sydney last week and are 12-point favourites against a Reds team with four straight defeats under their belts.

The Reds are without captain James Slipper and fly-half Jono Lance, so Hamish Stewart makes his first Super Rugby start at number ten.

The Queenslanders couldn't hold on to the ball against the Chiefs last week and look to be at the mercy of another clinical and efficient side.

The Blues lie second-bottom with just two wins in this campaign - bizarrely against the table-topping Lions and bottom side the Sunwolves - while Los Jaguares are going great guns on tour with back-to-back wins in Australia over the Rebels and Brumbies.

Head coach Tana Umaga has made a host of changes to his Blues side, bringing in Stephen Perofeta at fly-half for Bryn Gatland and restoring All Black speedster Rieko Ioane to his backline, this time at centre.

The Auckland outfit are eight-point favourites but that seems high against a Jaguares side who have shown they can hang in there and at least keep it close.

The Crusaders have won in Buenos Aires and Johannesburg this month and are 16-point favourites for this clash in Canberra.

The Brumbies topped last season's Australian Conference but have struggled to three wins in this campaign, all against modest opposition, and are without Wallaby flanker David Pocock.

The Crusaders have won the last seven clashes between these two and their last six matches in Australia, and their scoring edge gives them every chance of covering the line.

The Bulls have won their last three matches since returning to South African soil but face a step up in class for the visit of the Highlanders.

The New Zealand outfit are asked to concede a four-point handicap start. They were 17-10 winners in Pretoria last year, but the Bulls look to have progressed this season under John Mitchell, and their defence and set-piece have looked especially solid.

A lot will depend on the Highlanders' half-back axis of Aaron Smith and Lima Sopoaga and how they direct the game in the thin air of the Highveld, but the visitors look worth backing for a narrow win.

Recommendation
Highlanders to win by one to 12 points
1pt 11-5 Coral, Ladbrokes