Lions have the power game to snuff out Hurricanes 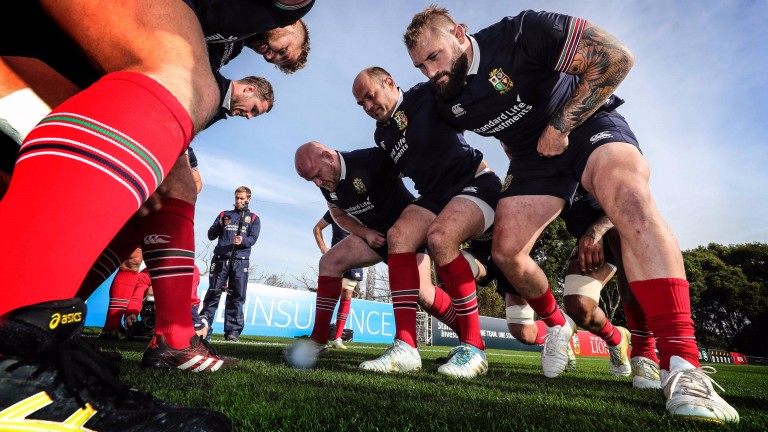 The Lions front row of Dan Cole, Rory Best and Joe Marler get ready to engage on the training pitch
INPHO/Billy Stickland
1 of 1
By Graham Woods 6:18PM, JUN 26 2017

The Hurricanes backs who have been blowing away their rivals are all available to face the Lions in Wellington but the reigning Super Rugby champions may be found lacking up front against experienced and fired-up foes.

Eyebrows were raised in New Zealand and beyond when winger Julian Savea, with an incredible tally of 46 tries in 53 Test appearances, was omitted from the All Blacks squad on Saturday.

The upshot is that he has been released to turn out for the Canes and reforges the partnership that started the 2015 Rugby World Cup final, with Nehe Milner Skudder on the opposite wing.

Also released from the All Blacks squad are full-back Jordie Barrett and centre Ngani Laumape, and the backline is completed by Vince Aso, who has already set a new record with 14 tries this season.

So there's firepower there all right, and while the Hurricanes are second in Super Rugby's New Zealand Conference behind the all-conquering Crusaders, they top the scoring charts with 565 points and 85 tries in 14 matches.

But what's missing is the half-back combination that has been the catalyst for the Canes' supreme scoring machine. Scrum-half TJ Perenara, who has started all but one of their Super Rugby matches this season, and fly-half Beauden Barrett, who has started 12 of 14, are retained by the All Blacks having featured on Saturday.

That leaves a pairing of Te Toiroa Tahuriorangi, who has made six of his seven appearances this term off the bench, at scrum-half and Otere Black, who has three starts under his belt, at fly-half, and they will be under pressure to make best use of what may be a meagre share of ball that comes their way.

The Hurricanes pack is up against a hugely powerful and experienced Lions unit. Six of the eight forwards have at least 50 international caps - the average works out at 58 per man - and they will be tasked to take the battle to the Canes up front and fired up in what could well be a last appearance on tour but with the incentive of a Test place still to play for.

Against the All Blacks Lions scrum-half Conor Murray played a smart box-kicking game for territory, but given the quality of the Hurricanes' back three they are unlikely to give them easy ball to run back and they have the pack to make it an intensive frontline battle.

Hurricanes coach Chris Boyd clearly wants to get his strike runners playing a leading role but is aware just much of a battle they will face to get their hands on the ball.

"It depends how easily the British and Irish Lions want to surrender the ball to us," Boyd said.

"The set-piece is going to be a big battle for us, as is the breakdown. It's an area they've done particularly well in and if we can be competitive in those areas and get some crumbs off that, then it'll be an interesting night.

"When you're playing a side that play like they do, getting your share of the ball and territory is a critical part of that and if we can do that, then I think we'll be in a lot better shape than if we battle in that area."

There is a stark contrast between the strength of the Lions' starting pack and the reinforcements off the bench - four of the five replacement forwards were drafted in last week - and it could be worth backing the Lions to assert their dominance from the off.

The half-time handicap is set at less than a single score and it's worth taking the 4-1 that the Lions turn around with a lead of eight to 14 points.

CJ Stander has been one of the busiest forwards on the tour with 63 carries in four appearances and the Ireland number eight is 11-5 to add to the try he scored against the Blues.