Lions can at least make impression 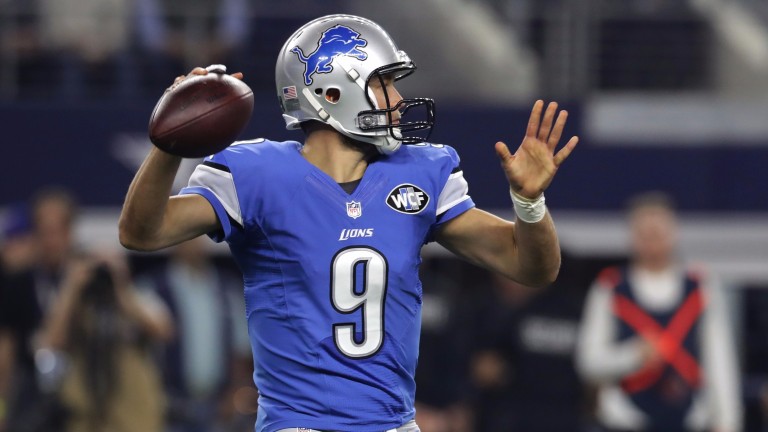 Detroit’s place in the playoffs owes as much to Washington’s inability to win more than two of their final six matches than any particular prowess from the Lions.

The boys from the Motor City lost their last three games of the regular campaign and the fact those defeats came against the New York Giants, Dallas and Green Bay does not bode well for their post-season chances.

Their failure to beat the Packers means they are on the road this week and Seattle would not have been their chosen destination.

But while they may not be able to stay in touch and cover even an 8.5-point handicap, they should be able to threaten the scoreboard.

The fact the Seahawks have allowed the fewest yards per carry against the run this season should be of little consequence as the Lions’ running game is not to be feared, despite the emergence of Zach Zenner, who has scored three touchdowns in his last two matches.

Through the air, though, the Lions should be a different proposition and even though the true extent of discomfort quarterback Matthew Stafford is suffering with his hand injury is unknown, they can threaten a Seahawks secondary which is undoubtedly weakened by the absence of safety Earl Thomas.

While Seattle have struggled at times to get their offence going, they have scored at least 24 points in each of their last seven outings at CenturyLink Field.

Consequently a points line of 43 looks on the short side.

Team news
Detroit
Quarterback Matthew Stafford has been struggling with a finger injury but will continue to play with a glove on his throwing hand.