Luck can stay in the hunt 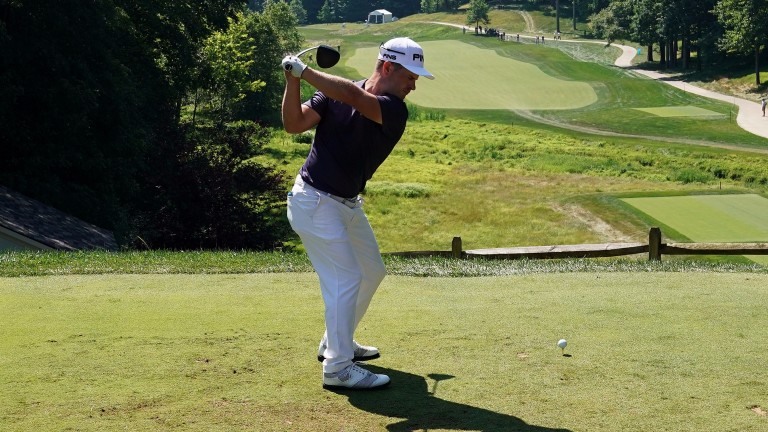 David Lingmerth followed back-to-back rounds of 65 with a 73 but the Swede remains one shot clear at TPC Potomac as he bids to go wire-to-wire and claim a second PGA Tour title.

Lingmerth, a 33-1 ante-post selection for Racing Post Sport's Ian Wilkerson, is now no bigger than 8-5 to fend off a number of rivals.

Conditions got progressively tougher in the third round and those who were left out on the course after a rain delay struggled to hold their position as the leaderboard bunched up.

Daniel Summerhays (-6) is one shot behind Lingmerth with Spencer Levin two back. Sung Kang is three shots adrift, alongside the Aussie pair of Geoff Ogilvy and exciting 20-year-old Curtis Luck.

Lingmerth knows TPC Potomac well, having won a Web.com Tour event there in 2012, and that experience has stood him in good stead this week. He is still the most likely winner and anyone who took 33-1 before the start of the tournament is in a strong position.

Despite struggling at times yesterday, the Swede played some solid golf and was unlucky to see a few putts failing to drop. He missed an eight-foot birdie putt at 16 which would have taken him three shots clear and followed up with a bogey at 17 that narrowed the gap.

But his two closest pursuers are PGA Tour maidens and may feel the heat to a greater degree than the 2015 Memorial champion.

Summerhays is the bigger threat to Lingmerth but he is priced accordingly while Levin may struggle to follow a phenomenal third-round 65.

Ogilvy is the most decorated player in the mix. The Aussie won the 2006 US Open but just one victory since 2010 doesn't mark him out as a likely winner.

His compatriot Luck could be the man to make a final-round charge.

The talented youngster won the US Amateur last year, joining a roll of honour that includes Phil Mickelson, Tiger Woods, Matt Kuchar, Ryan Moore and Matt Fitzpatrick, before turning professional after making the cut at the Masters in April.

Inexperience could count against the 20-year-old but this field is far from elite and a lack of battle scars could even work in his favour. He looks overpriced to stay in the mix.