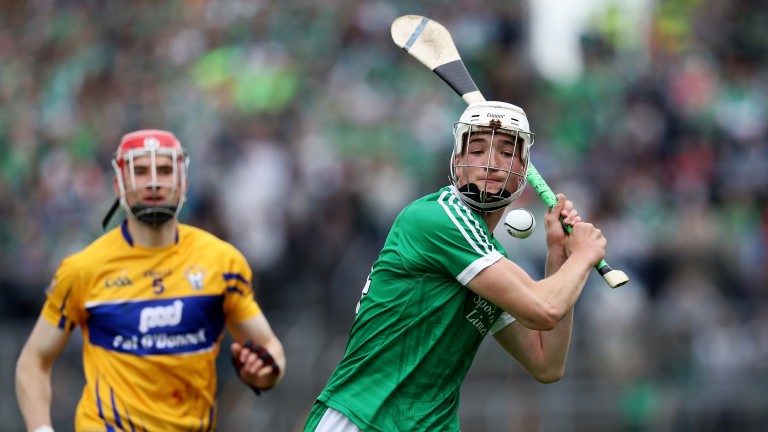 Limerick's Kyle Hayes is one of the best attackers in the modern game
Â©INPHO/Tommy Dickson
1 of 1
By Michael Mulvihill 8:00PM, JUN 9 2018

Waterford go to the Gaelic Grounds for the second Sunday running as 1-10 favourites to finish in the bottom two of Munster and Derek McGrath’s side know that a win is vital for their chances of progression.

Waterford have been badly hit by injuries and suspensions, but it looked like the comeback was on as they led Tipperary by 11 points after 54 minutes and had an extra man.

Tipperary however staged a huge comeback for the second week in a row and while Tipp scored a fortuitous goal, Waterford will be disappointed to have let that lead slip. They now face a Limerick side in flying form.

Limerick opened their campaign with a comprehensive victory over Tipperary and they rescued a draw against Cork last weekend, playing with 14 men for much of the game following free-taker Aaron Gillane’s early red card.

Limerick dealt with the loss of Gillane and captain and centre-back Declan Hannon through illness extremely well, with their young guns coming to the fore.

Tom Morrissey took up free-taking duty, scoring five and adding four more from play, while Seamus Flanagan at full-forward was a constant danger.

Flanagan hit five from play for Limerick and has become the new targetman for their attack. Hannon returns to take his place at centre-back while Na Piarsaigh’s Shane Dowling gets his first start of the campaign.

Dowling has been a key man for Limerick, so it will be interesting to see how he fits into John Kiely’s plans.

Limerick have looked the team to beat in this Munster Championship and will be keen to book their place in the knockout stages before their trip to Clare next weekend.

Tipperary and Clare meet at Semple Stadium with just scoring difference separating the two sides in the Munster Championship table.

Clare have had a weekend off to prepare for this encounter following their comprehensive victory over Waterford in round two and their freshness could be a key advantage.

Tipperary will be playing their fourth game in as many weeks, and have spent the last two Sundays rescuing draws from near-impossible positions.

They trailed Cork by nine points at half-time and Waterford by 11 points after 54 minutes in their last two outings, but fought back admirably in both to gain a point from each game. Those performances are surely unsustainable, though.

Clare looked to have recaptured some of their old form when falling to Cork in round one and really hit their stride seven days later when they were comprehensive nine-point winners over a struggling Waterford.

Tony Kelly and John Conlon hit 1-9 from play between them in that encounter, and Kelly’s form is crucial to any success Clare hope to have.

Kelly has always been the key man from Clare, and his resurgence has led to much better performances from the team. Kelly, along with a full-forward line of Conlon, Conor McGrath and Shane O’Donnell, have the ability to cause trouble for a Tipperary full-back line who have been struggling.

Cork tore them to shreds in the first half two weeks ago, as they failed to cope with the long diagonal balls and that is a huge opportunity for Clare to exploit.

Cathal Barrett returns to the Tipperary midfield, but playing four weeks in a row looks a stretch for them. If Clare get the chances, they should finish Tipperary’s season.