Lightning can strike twice for Lokesh Rahul's India against England

Hosts struggled to deal with Yadav's bowling in Manchester 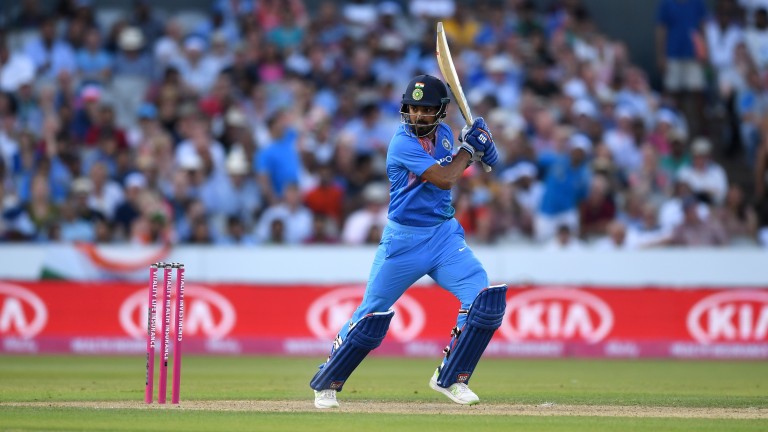 England’s underlying weaknesses were exposed in their first Twenty20 with India at Old Trafford and the tourists can wrap up the three-match series with victory in Cardiff.

Jos Buttler top-scored for the hosts with 69 but an inability to handle wrist-spin saw a capitulation from England’s middle-order batsmen as the home side fell to an eight-wicket defeat in Manchester.

Spinner Kuldeep Yadav finished with figures of 5-24, combining with MS Dhoni behind the stumps to dismiss Jonny Bairstow and Joe Root for ducks, while Alex Hales and captain Eoin Morgan could manage only eight and seven respectively.

David Willey’s cameo performance restored some hope but overall it was a dismal batting display.

Yadav is definitely one to keep an eye on again in Wales while Lokesh Rahul was explosive at the crease and is an enticing price to top-score again for India.

India are second in the world rankings for the game’s shortest format and, with the chance of a series whitewash on the cards, they will not rest on their laurels.

England’s reliance on Buttler was evident in the first game, with no other player passing the 30-run mark, while India demonstrated depth in both disciplines and they can secure a sixth consecutive T20 series win with victory at Sophia Gardens.