Lifting the lid on training costs provides a fascinating insight 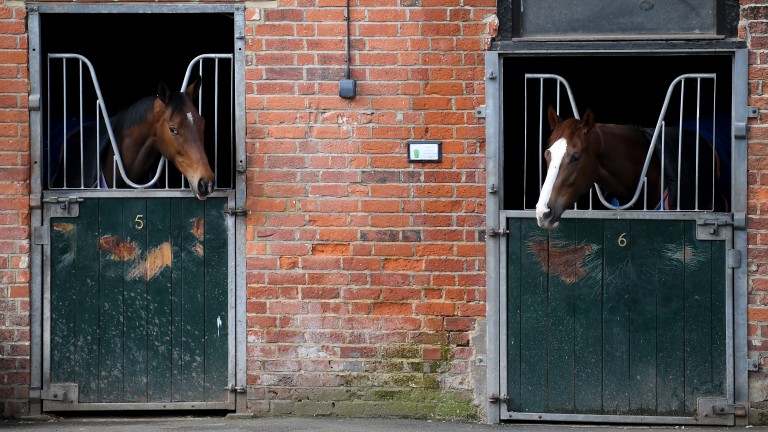 The cost of owning a horse can vary from trainer to trainer
Alex Davidson
1 of 1
By Bruce Millington UPDATED 10:30AM, MAY 23 2019

The economics of running a training yard have always fascinated me, the big question being whether taking care of other people’s racehorses for a living is a licence to print money or a path to penury with the consolation of lots of fresh air.

On one hand plenty of well-known trainers have had to pack it in because they could not make it pay, and on the other I have seen fairly middle-ranking operators feasting on seafood and glugging fine wine in some of London’s swankiest restaurants on a normal weekday lunchtime in a way that suggests the rest of us are in the wrong game.

I mean, twenty grand a year to feed, exercise and race a horse. And some of them have upwards of 200 in their stable. It sounds too good to be true.

Against that, so many of them seem stressed. You get the occasional one who oozes contentment and bonhomie at all times but significantly more have such short fuses that you can’t help feeling they must be under some serious financial pressure.

Thanks to colleague Stuart Riley’s revelations I now feel far more informed on the subject.

I am now aware for instance that trainers spend roughly £400 a month on ulcer powder (presumably for the horses rather than themselves), £350 getting equine poo removed and, if they have 30 horses in their care, can hope to clear 17 grand a month.

Why the difference, I wonder? Surely horse food is horse food whether you are in Wales, Yorkshire or anywhere else? Admittedly Johnston bangs out a monthly magazine, the Kingsley Klarion, but that’s just full of pictures of horses having operations and articles slagging off the stewards, the Racing Post and anyone else who has happened to incur Braveheart’s wrath.

Still, he’s trained more winners than many of us have had hot dinners and his yard is teeming with top-notch talent so good luck to him.

Clearly, though, if you were thinking of entering the world of ownership and you didn’t have a sheikh’s budget it would pay to shop around fairly extensively for the best deal.

Here’s the real takeout though. For generations, one of the most popular ways of choosing a selection has been to take heed of horses travelling a long way, the theory being that if connections are taking the trouble to go all the way from, say, Somerset to Carlisle for a relatively modest prize they must think their runner has a monumentally good chance.

Indeed analytics of our website usage shows that the Travellers Check section, which lists the furthest-travelling horses each day, is an extremely popular feature.

But it may be viewed in a slightly different light now that it has become clear transporting horses from their stables to the racecourse is actually a core income pillar for those trainers who own lorries and horseboxes rather than having to shell out to a transport firm.

And at up to a quid a mile per horse it sounds like a fairly lucrative little number for trainers who launch a multiple-runner long-range raid.

All in all, though, setting up as a trainer, unless you have the silver spoon benefits of inherited premises and/or a minted backer, represents a big punt.

For those at the top of the pile it must be a phenomenally good life, but there comes a point at which, when your numbers drop to a certain level, stress levels must rise proportionally and it’s no wonder some of them are prone to blowing their top from time to time - and that’s without the added nuisance of having Racing Post reporters ringing up asking how tomorrow’s runners are going to perform.

Although as Colin Tizzard, no mean operator, once said: the day the Racing Post stop ringing is the day to start worrying because it’ll mean we no longer have any decent horses.

Tizzard is one trainer who probably needn’t worry about a shortage of either quality or quantity of horses for a great many years, but the challenges many of his colleagues face is now far easier to grasp for the rest of us now the economics of training have been so clearly spelled out.

Chelsea job would be a shrewd move for Lampard

Frank Lampard has been strongly linked with the Chelsea manager’s job in recent days and the rumours have sparked a surprisingly lukewarm reaction from many people, although not generally from those who support the Blues.

If Stamford Bridge bigwigs do decide Maurizio Sarri’s time has come - and let’s face it he’s been there all of a year - Lampard would be an excellent replacement.

He is bright, hugely respected, and has shown at Derby he has the tools to be an outstanding boss.

Those are far more important factors than his close association with Chelsea, although that would not do him any harm in terms of ensuring fans were onside for as long as possible even if he did not get off to the best start.

Staying at Derby is a perilous approach regardless of whether or not he takes the Rams into the Premier League on Monday.

If they go up they could easily come straight back down, and if they stay in the Championship there is no guarantee they will be promoted next term so he may as well go for a top job if it is offered him even though it could fairly be argued another year under his belt would stand him in good stead.

It was hugely disappointing to learn this week that Racing Welfare had been the victim of a £22,000 theft from a former employee, albeit the three-year jail sentence handed to Nicholas McKhee, the tea leaf in question, seemed fairly satisfactory.

When charities are involved in negative publicity even if, as in this case, it is not their fault, they can sometimes suffer from a drop in funding.

It would be a horrific shame if that was to happen to Racing Welfare, especially after their vehement assurances that they have put in place failsafe measures to prevent a repeat.

In Racing Welfare and the Injured Jockeys Fund the sport has two superb charities that do enormous amounts of great work under their wonderful leaders, respectively Dawn Goodfellow and Lisa Hancock.

Donating to either charity is a great way to ensure racing’s neediest people get help and is a nice thing to do next time you back a decent winner.

The ill-judged expression “kick in the belly” reared its ugly head again last week during a race commentary.

While it is clearly not used in a way to suggest a jockey has acted in a cruel way towards their mount, it sounds somewhere between unpleasant and unpalatable and is not something a crowded grandstand should be hearing.

I am in awe of 99 per cent of commentators’ output, but it is time to stop once and for all saying a jockey has given a horse a kick in the belly.