Liang and Perry should keep it close 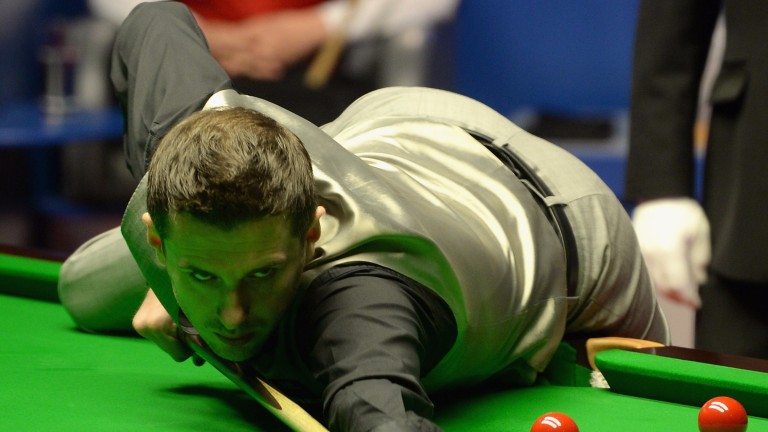 Mark Selby could have to toil to dismiss Liang Wenbo this afternoon
Gareth Copley
1 of 1
By Adrian Humphries 8:00PM, NOV 8 2016

Mark Selby is just 4-9 to open with a win over Liang Wenbo in the Champion of Champions, but while the world number one is playing well he makes little appeal at the price.

It’s 4-4 in their personal series, so Liang could see support at 9-4 to progress to Wednesday evening’s quarter-final.

The fact that three of Selby’s four wins over the Chinese number two were wide-margin triumphs could deter anyone considering backing the outsider on the handicaps in this best-of-seven-frames clash.

But Selby’s recent record in Coventry isn’t great – he lost 4-1 to Stephen Maguire in round one in 2015 and 6-1 to Judd Trump in the last eight in 2014 – and Coral English Open champion Liang is good enough to chance at 4-9 with a start of 2.5 frames.

Mark Allen will already have one eye on next week’s Coral Northern Ireland Open but he has a date with Joe Perry, a late replacement for Marco Fu in the draw, at the Ricoh Arena first.

Ladbrokes, who make Allen 4-6, give Perry a shout of adding to his 8-5 head-to-head lead over the Co Antrim native and punters should respect that firm’s stance.

But Perry had runs of 137, 136 and 100 in the International Champion­ship and 134 in his only Coral English Open outing so Allen is no certainty to oblige in the market.

The Fen Tiger is a scrapper too and if Allen is found wanting, he could take advantage.

Allen will do well to triumph by a scoreline of 4-2 or better, so the best bet may be to back Perry with a start of 1.5 frames.

Outright market leader Ronnie O’Sullivan, who has never been beaten in this tournament, was cut to 13-8 having been 3-1 for the title after ousting Martin Gould 6-2 on Monday night.