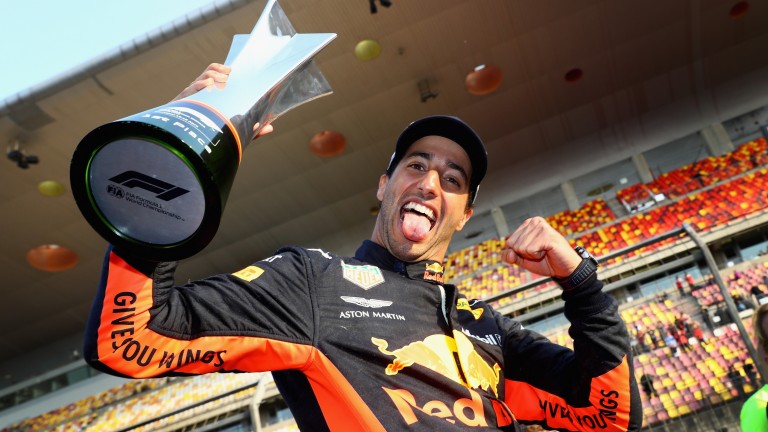 Lewis Hamilton is no longer the favourite for the F1 world title with several bookmakers after remaining winless following the third race of the season in China.

After Ferrari’s Sebastian Vettel won in Australia and Bahrain, Red Bull's Daniel Ricciardo took advantage of fresh tyres following a safety-car period to work through the field for a superb victory.

Vettel dropped to eighth place after being hit by Max Verstappen, while Hamilton struggled home in fourth after finishing second and third in the first two races.

The champion is still just favourite with some firms, at a best price of evens, but some bookmakers have him and championship leader Vettel as joint-market leaders. The German, who leads by nine points, is 11-10.

Hamilton’s Mercedes teammate Valtteri Bottas is 25-1 after finishing second at the last two races, while Ricciardo is 40-1 after landing his sixth grand prix victory in Shanghai.

The field head to Azerbaijan for the next race on April 29. Ricciardo won in Baku last year and was third in the first race at the street circuit in 2016.

Hamilton is 6-5 to open his account for the season there with Vettel 5-2 and Ricciardo 9-1.