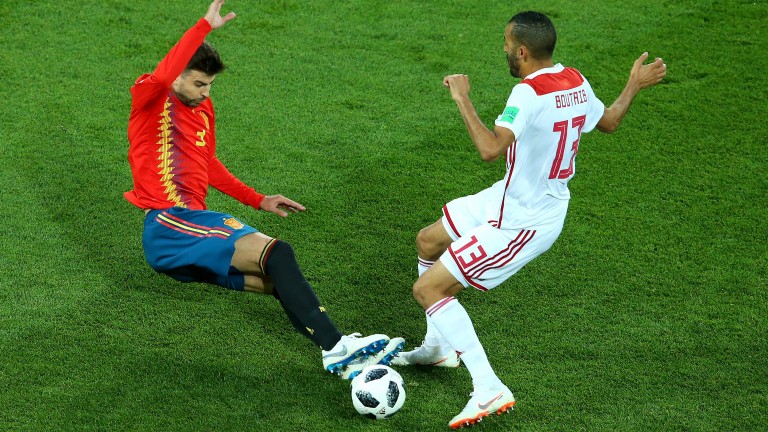 1 Spain need to have a serious look at themselves
La Roja have failed to convince in all three of their Group B matches and the weight of expectation could be affecting the former world champions.

Spain have put their supporters through the kind of mill usually reserved for England fans, and the nervousness in the stands has contributed to some anxious performances.

After a group-stage exit at World Cup 2014 and failure at Euro 2016 the pressure to succeed is great, but there has been a general lethargy about their performances and although the record books will show they won the group, that doesn't tell the true story.

2 Moments of magic won't paper over the cracks forever
Spain at their best dominate midfield and don't concede sloppy goals but that has not been the case in Russia.

They have struggled to control the centre of the park in all three games, and too many times we have seen poor first touches and misplaced passes.

Spain's defence has at times been a joke. Morocco went clean through one-on-one twice in the first 30 minutes and caused a lot of problems from set pieces.

They will need to improve significantly to reach the latter stages.

3 VAR reviews need reviewing
Gerard Pique should have been sent off in the first half for a two-footed challenge, and no doubt would have been if the referee consulted VAR, but he chose not too.

Why not? There was plenty of time while Khalid Boutaib was rolling around on the floor in agony for the referee to consult the technology. Everyone on watching on TV could see it was a clear red card. That needs to be ironed out.