Reds to be the pride of Merseyside 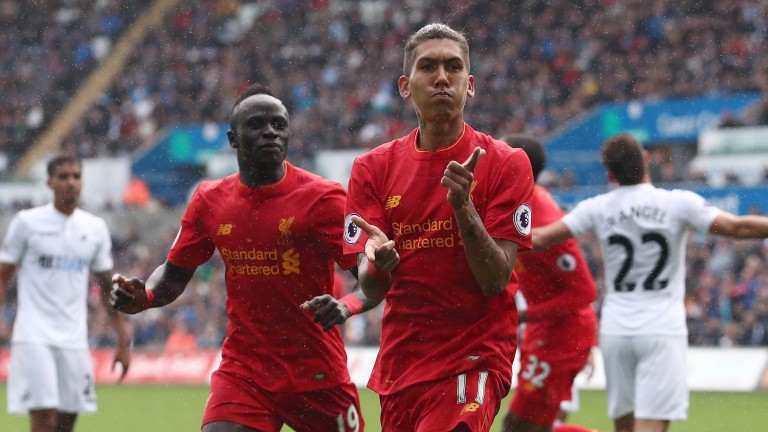 Liverpool have lost just one of their last 19 Premier League Merseyside derbies and their dominance of the fixture should continue with victory over Everton at Goodison Park.

It was a shaky start to December for the Reds, who lost 4-3 at Bournemouth and drew 2-2 at home to West Ham.

But confidence came flooding back with Wednesday’s 3-0 success over Middlesbrough at the Riverside which stands out as their most convincing away performance of the season.

The goals have continued to flow for Jurgen Klopp’s side despite the absence of Daniel Sturridge and Philippe Coutinho but there are concerns about the defence which has looked heavily reliant on centre-back Joel Matip.

The Cameroon international has been carrying an ankle problem for the last few weeks and has played just one of the Reds’ last three fixtures.

Klopp admits Matip’s injury is unresolved but he will have been encouraged by the performances of Ragnar Klavan and Dejan Lovren in the win at Middlesbrough.

Klavan looked surprisingly assured, given he hadn’t started a league game since the 5-1 success over Hull in September but faces a bigger test against powerful Everton centre forward Romelu Lukaku.

The only thing missing from Lukaku’s performance in Everton’s 2-1 victory at home to Arsenal last Tuesday was a goal.

Lukaku often raises his game for the big occasion and led the line superbly against the Gunners.

Others to impress against Arsenal were Ross Barkley, who shone on his return to the starting 11, and midfield pair Idrissa Gueye and James McCarthy, who played with an abundance of energy.

Gueye should have no problem playing at the same level but McCarthy, whose season has been hampered by persistent injuries, may struggle to match the intensity he showed six days ago.

Any let up in the Everton pressing could leave them exposed against arguably the most incisive passing side in the country.

Liverpool regularly play at a pace and intensity which few of their opponents can match and the high octane nature of a local derby should suit them.

Coutinho is a big miss but Adam Lallana seems to be relishing the extra responsibility, scoring three goals in his last two games, and Divock Origi has netted in each of his last five matches.

Origi often seemed to lack composure in front of goal but is finally getting a run of games and starting to show the qualities which persuaded Liverpool to purchase him for £10m from Lille when he was only 19.

Sturridge’s imminent return to the squad (he may be involved as soon as tonight) will increase competition for places but Liverpool’s attacking quartet – Sadio Mane, Lallana, Roberto Firmino and Origi – are all playing well and will prove difficult to shift.

All of them have scored at least five goals this season and it is Liverpool’s varied array of goalscoring threats – as opposed to Everton’s heavy reliance on Lukaku – which should give them the edge.

Team news
Everton
Phil Jagielka is suspended and Gareth Barry hopes to return after being rested for the 2-1 midweek victory over Arsenal. Yannick Bolasie (knee) is out long-term.