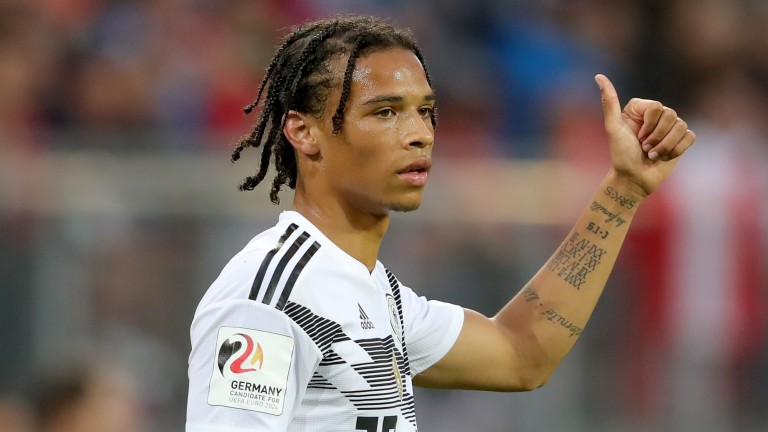 Leroy Sane was one of the stars of the Premier League season but the Manchester City winger has been surprisingly omitted from Germany's 23-man World Cup squad.

The winger had been 10-1 with bet365 to be Germany's top goalscorer at the finals but following the squad announcement the firm make Timo Werner their 2-1 favourite, ahead of 7-2 shot Thomas Muller.

World champions Germany are 5-1 second-favourites to retain their crown in Russia, just behind 9-2 market leaders Brazil.

While there was disappointment for Manchester City's Sane, his club captain Vincent Kompany has been included in Belgium's final squad despite suffering a groin injury in Saturday's friendly against Portugal.

Lukaku scored 11 goals in World Cup qualifying but is still working his way back to full fitness after an ankle injury. Chelsea's Eden Hazard is 9-2 to outscore his international teammates at the finals with Napoli star Dries Mertens 7-1.

Liverpool's Mohamed Salah has been named in Egypt's squad despite the shoulder injury he sustained in the Champions League final defeat to Real Madrid.

The Premier League Golden Boot is a 50-1 chance to be top goalscorer at the World Cup but he remains a doubt for Egypt's opening Group A fixture against Uruguay on June 15.

Coral rate Ashley Young 4-6 to start England's first game against Tunisia with Danny Rose, his rival for the left-back position, an 11-10 shot.