Lelos tough to break down 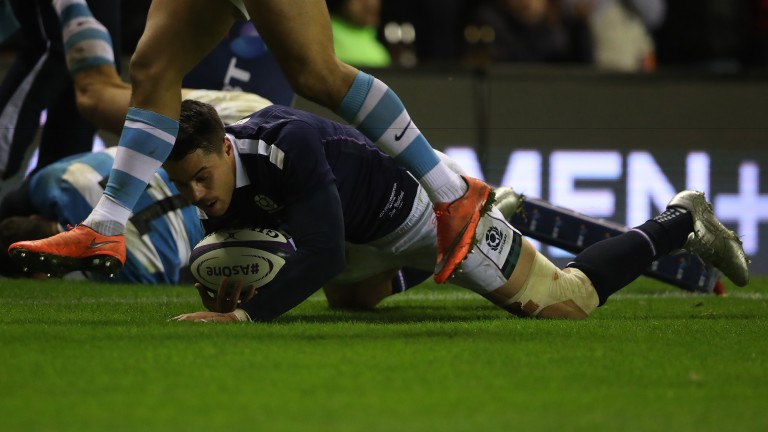 Scotland finally enjoyed a change of fortune last week as they won a match in the final minute to bounce back from the previous week’s late disappointment against Australia.

It will have come as a huge relief to a side who have promised so much and Scottish fans will hope the dam has broken and they can finally record the big victory their exciting back play deserves.

This looks a good chance, against a tier-two side on the artificial surface at Kilmarnock’s Rugby Park and the Scots give up a handicap in the mid-20s.

The trouble is that it is rarely that straightforward for Scotland and they should have managed more than one try against an Argentina side with little to offer last week.

There were no tries at all when the teams met in the 2011 World Cup – a 15-6 victory for the Scots – but a similar contest looks unlikely given how far Scotland have progressed under Vern Cotter.

But Georgia remain a tough, physical unit, the kind of team who can make it hard going. The Lelos’ strength remains their pack – half of their forwards play in France’s Top 14 – and they look sure to make Scotland work.

Whether they can hold out to the end, after hard-fought games against Japan and Samoa, is open to question but they should have enough to be within a single-figure scoreline at the break.