Best bets for Sunday's semi-final at the Aviva Stadium 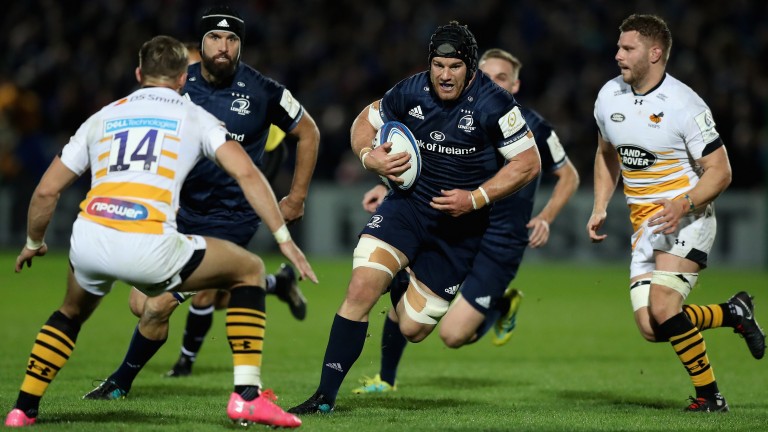 Champions Cup holders Leinster tackle fellow four-time kings of Europe Toulouse for a third time this season and they look worth a wager to give up six points at the Aviva Stadium.

The winners will meet Saracens at St James' Park in next month's final.

Leinster won the teams' January meeting 29-13 across the River Dodder in Dublin at the RDS.

They have drawn at home to Benetton and lost at home to Glasgow in the Pro14 since sneaking past Ulster in the quarter-finals, but they were already assured of top spot in Conference B so player management was the clear priority of head coach Leo Cullen against teams still desperate for points.

Johnny Sexton is back as skipper after a month on the sidelines with a quad strain and lock James Ryan also returns.

Jacob Stockdale dropping the ball when in the process of touching down for Ulster and Leinster's whole last-eight performance should have focused their minds to avoid any further complacency.

Previously this season, Leinster had won all 11 home games, nine by double-figure margins, putting 40 points on Bath and 50 on Wasps in the pool stages as well as their triumph over Toulouse.

Last season when it mattered most at home in European competition, Leinster saw off Saracens 30-19 in the quarter-finals and Scarlets 38-16 in the semi-finals.

Two tries in the last two minutes for Scarlets made the match look close when they prevailed 40-32 in the Pro14 Grand Final after a tense semi-final battle with Munster.

Top 14 leaders Toulouse showed immense tenacity, as well as benefiting from some Antoine Dupont magic, in overcoming a first-half red card for fly-half Zach Holmes in their quarter-final triumph at Racing 92.

However, Leinster are unlikely to allow themselves to get sucked into an expansive ding-dong battle.

Saracens beat Munster 32-16 at the Ricoh Arena in Saturday's semi-final.