French side will be physical in Dublin 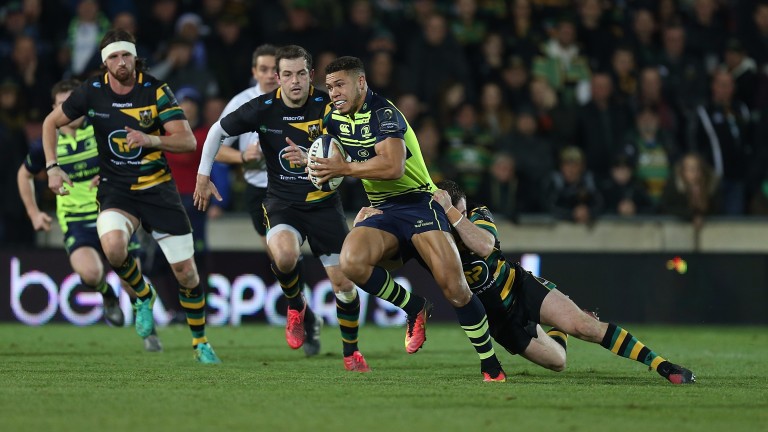 Leinster have a huge incentive to win their RDS Arena clash with Montpellier as victory will guarantee them top spot in Pool Four of the European Champions Cup before their tricky trip to Castres next week.

And an experienced Leinster side should gain that win, although it may be closer than a double-figure handicap suggests.

The Irish outfit took a bonus point from the reverse fixture in France, but that came thanks to a late try from Isa Nacewa after the Montpellier pack had dominated most of the match.

Montpellier, like many French sides, aren’t the best travellers and have already lost at Northampton and Castres in their pool. They won the Challenge Cup last year after a five-year absence from the European stage but even then lost pool matches at Harlequins and Cardiff.

But coach Jake White has named a strong team, packed with imports. Just three of the starting 15 are French and six of the starting forwards are South African or Georgian so we can be sure of a hugely physical clash.

The power up front is complemented by Fijian flair on both wings and the fearsome Nemani Nadolo looks value to get on the scoresheet.

While Montpellier’s away form is questionable, Leinster’s home performances leave little room for doubt, with nine wins out of nine in all competitions this term.

They blew away Zebre last week with a ten-try salvo as their star players got back into the groove, notably fly-half Jonny Sexton who had been out for over a month.