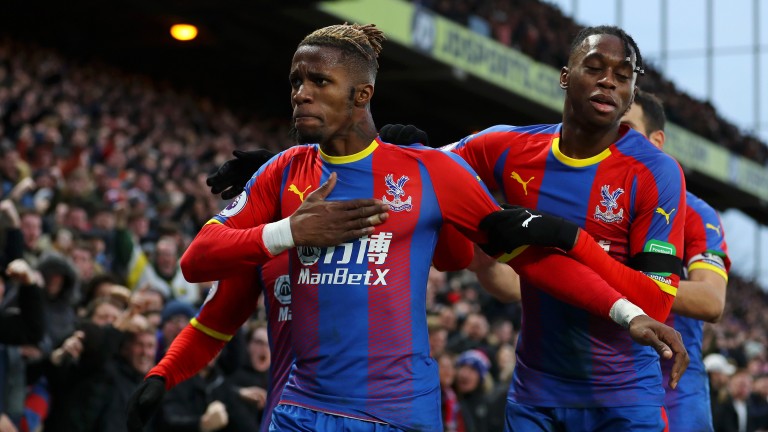 Roy Hodgson will become the oldest manager in Premier League history when he takes his Crystal Palace side to Leicester and this mid-table clash may well put a spring in the step of the 71-year-old Eagles gaffer.

Palace’s attacking players have been far more effective away from home this season than they have at Selhurst Park, scoring 18 of their 27 league goals on the road, while Leicester have been playing better than their bare form suggests.

The Foxes have lost five and drawn one of their last six games, going back to a shock 2-1 FA Cup defeat at Newport, but that run includes a 4-3 defeat at Wolves, a 1-1 draw at Liverpool and a narrow 1-0 loss at home to Manchester United.

And Claude Puel’s men put in an excellent performance at Tottenham last time out, winning the shot count 20-12 and missing a penalty during an unfortunate 3-1 defeat at Wembley.

Despite the teams’ mid-table status there will be plenty of attacking quality on show with Leicester boosting their creativity by recalling Harvey Barnes from his loan spell at West Brom and signing Youri Tielemans from Monaco.

Top scorer Jamie Vardy and James Maddison, who faces a fitness test, are goal threats for the Foxes while Palace welcome back star man Wilfried Zaha, who completed a suspension in the 2-0 cup win at Doncaster last weekend.

Zaha scored Palace’s last league goal, the equaliser at home to West Ham, and the Eagles have found the net in all nine of their matches in all competitions in 2019.

That sequence includes a 2-0 win at Wolves, a pulsating 4-3 defeat at Anfield and a 2-0 cup win over Spurs so Palace know they can upset decent defences.

The inconsistent Foxes are short enough at 5-4 given Palace’s threat on the break away from home and the best punting strategy could be to get stuck into the goals markets.

The Eagles failed to score in only two of their 13 away games this term so it is a surprise to see quotes as big as 10-11 about both teams finding the net.

At a bigger price, it may be worth backing both teams to score and over 2.5 goals – a bet that has copped in four of Leicester’s last six fixtures in all competitions.

The Foxes haven’t kept a clean sheet at home for six games and they are unlikely to put on a defensive masterclass against Hodgson’s improving Eagles.

Crystal Palace
Wilfried Zaha is back after suspension. Aaron Wan-Bissaka and Martin Kelly are injured for the Eagles but Cheikhou Kouyate and James Tomkins are available.

Key stat
Two thirds of Crystal Palace’s Premier League goals this season – 18 of 27 – have come away from home.