Chelsea good enough to take a point on Foxes trip 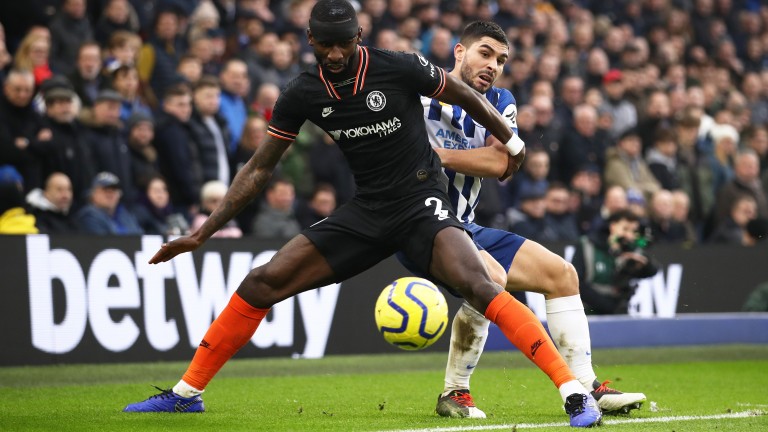 Leicester
Papy Mendy (knee) is out. Jame Vardy is expected to start after injury.

Chelsea
Tammy Abraham is a doubt. Christian Pulisic and Ruben Loftus-Cheek are out.

The race for Champions League places is under the spotlight at lunchtime with Leicester taking on Chelsea in a match which isn’t  easy to assess.

The third-placed Foxes go into the game with a healthy eight-point cushion over the Blues and, more importantly, a 14-point edge over Manchester United in fifth.

They look absolute certs for a top-four finish while, given the inconsistencies of United, Spurs and the rest, Chelsea are looking pretty good to join them.

But while Leicester might be bullish over their season-long prospects they come into the game licking their wounds following Tuesday night’s heartbreaking League Cup semi-final loss to Aston Villa.

The absence of a super-sharp Jamie Vardy for much of that tie might have been a factor and Brendan Rodgers would dearly love to be able to start the Premier League’s top scorer.

Similarly, Frank Lampard is hoping his top marksman Tammy Abraham has recovered sufficiently from the ankle injury he sustained in a 2-2 draw with Arsenal.

Matches between these teams have been tight – the 1-1 draw at Stamford Bridge in August was the fourth stalemate in their last five showdowns – and neither team is particularly easy to trust in a division where no side other than Liverpool are real banker material.

The draw has to come into the equation because there is no guarantee of goals. Two of the last four draws between them have been goalless.

The reasons why Leicester have failed to win four of their last five against top-flight opponents are manifold. Wilfred Ndidi, the heir to N'Golo Kante’s throne, hasn’t started in the league since New Year’s Day, while Ben Chilwell and Youri Tielemans have gone off the boil and James Maddison’s moments of magic are starting to dwindle.

Maybe it’s tiredness, maybe they are being found out, but Leicester are not firing.

Chelsea have been a real Jekyll-and-Hyde side all term, capable of creating chances galore but not converting that many, while their open approach makes them vulnerable. Their goal difference is plus nine while Leicester’s is 19 better.

Both teams look better on the road than when they have to try to chisel their way through well-manned visiting defences, so that could favour Chelsea, who have also had more time to rest but the draw is the most attractive betting option.

FIRST PUBLISHED 3:36PM, JAN 31 2020
The draw has to come into the equation because there is no guarantee of goals - two of the last four draws between them have been 0-0