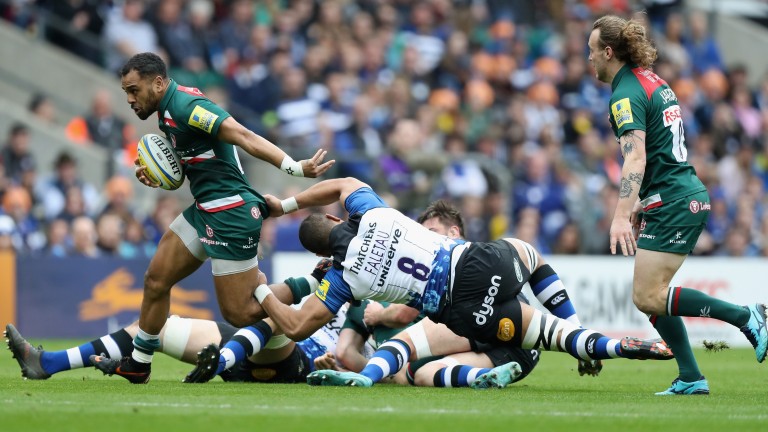 Leicester Tigers look to be hitting form in the Premiership at just the right time with five wins in a row, but the one thing they haven't been able to deliver for their fans is a runaway home win.

The ruthless Tigers could usually be relied on to produce least one real shellacking a season and the Welford Road faithful will be hoping it comes in their derby clash with floundering Northampton.

Leicester bagged a try bonus point in three of their five recent victories having earned only one all season prior to that.

But all three try hauls came away from home, and their biggest wins and best performances against the handicap have been on the road.

Nine Premiership contests at home have produced three defeats, four wins by single-figure margin, and two more victories by 14 and 15 points, bang on the handicap for this game against their fierce rivals.

Northampton are all at sea, with just two wins in their last 14 league outings, and they were completely overrun 63-13 at home to Saracens last week.

The damage was done in a second-half collapse after the Saints had held their own for 40 minutes. That first-half showing could offer some hope to Northampton fans, but they look set face a huge battle with key absences in their pack including Courtney Lawes, Dylan Hartley, Tom Wood and Kieran Brookes.

Leicester would need to pull off their biggest home win of the season to cover the handicap but they are heading in that direction and have hit the heights at the close of the regular season before. Last April they signed off with home wins over Newcastle and Sale by 27 and 23 points, and a win in the same range looks the best bet.

In the Pro14 Edinburgh are 12-point favourites at home to a Scarlets side whose sights are no doubt fixed on next weekend's European Champions Cup semi-final at Leinster.

Scarlets coach Wayne Pivac has retained only two players in his starting line-up from last week's win over Glasgow, while Edinburgh start with Jaco van der Walt at fly-half, one of just four changes to the side that lost to Ulster last week, ending a run of six consecutive victories.

Recommendation
Leicester to win by 21 to 30 points
2pts 3-1 BoyleSports, Hills