Leicester have experience in their ranks to push Saracens

Semi-final set to be another close encounter 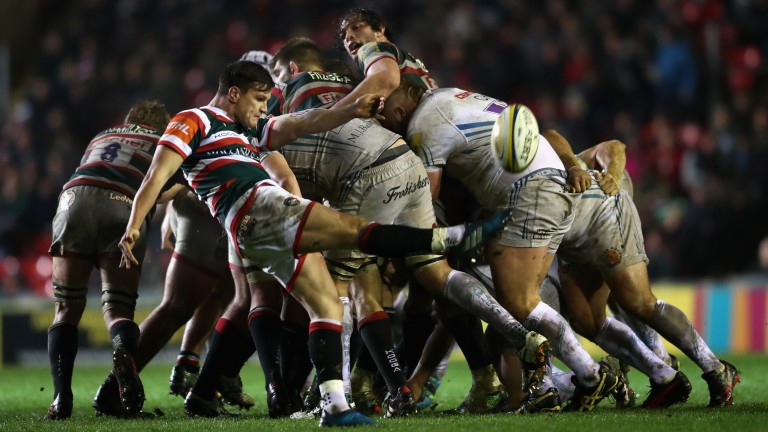 Leicester took a reasonably strong side to Saracens in the final round of Anglo-Welsh Cup pool matches and were undone by a late try in a 29-20 defeat.

The teams meet again in the first semi-final and both have included a mix of youth and experience in their line-ups, and Leicester look to have enough old heads to keep this one close.

Saracens are the Anglo-Welsh Cup holders and many of their youngsters who lifted the trophy in 2015 (there was no tournament last year) have built on that experience, not least captain Maro Itoje, who starts for England against Scotland.

The line-up who faced the Tigers in last month’s pool match didn’t quite match up to their opponents in terms of experience but still took a 16-point lead before being reined back to 22-20.

A try in the final minute made the score look more comfortable but Leicester again look stronger in key areas incuding the half-backs, where regulars Jono Kitto and Freddie Burns come up against Tom Whiteley and Henry Taylor, who have made nine Sarries first-team appearances between them.

In the pack Ellis Genge and Graham Kitchener add more nous, winger JP Pietersen is a world-class finisher, and there is strength on the bench.

Leicester had a wake-up call with last week’s heavy defeat to Exeter and the Anglo-Welsh Cup is a realistic silverware target. This should be a competitive contest and the Tigers are worth backing to stay close.

In the Pro12 Zebre are handed a huge 42-point start as they go to Ulster for their postponed round-nine fixture.

Ulster are one point outside the playoff places and international call-ups will hit the visitors far harder so a bonus-point win looks a formality.