Wild weather could have a big say in opening round 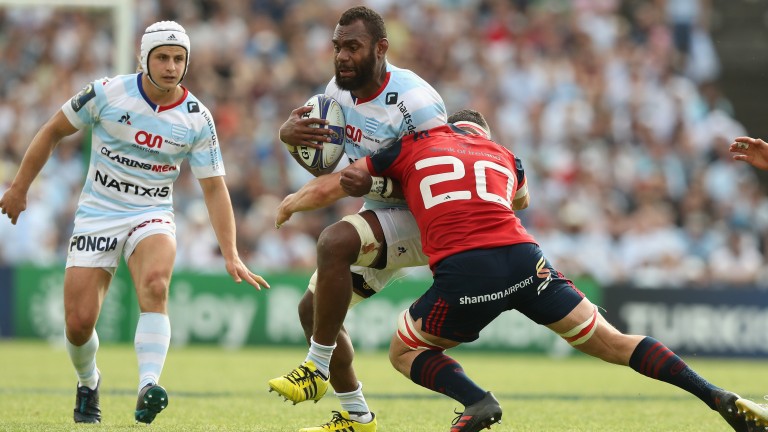 These teams have met eight times in European competition, six of those in the last decade, and Ulster have won five including all four on home soil.

And in those four Belfast showdowns the Tigers have managed just 30 points and three tries as Ulster have underlined their fortress mentality.

But that fortress was breached last weekend by Connacht, a defeat that followed a hammering at Munster, and while Ulster do at least have the benefit of some key players returning including Craig Gilroy and Jordi Murphy, they don't look a settled unit yet.

Leicester had a shaky start to the season with Geordan Murphy replacing Matt O'Connor as head coach, but they look to have gone back to basics in workmanlike wins over Sale and Northampton and are worth chancing.

Bookmakers are finding it hard to split these two as they clash in a horrendously tight Pool Four, which also features former winners Ulster and Leicester.

West Wales is expected to feel the worst of Saturday's wild weather, with winds of up to 50mph and heavy rain forecast, and that will put a lot of pressure on the game management of Scarlets fly-half Angus O'Brien, who starts in Llanelli in place of the injured Rhys Patchell.

Racing have the playmaking skills of Scotland fly-half Finn Russell plus an exciting back three of Joe Rokocoko, Juan Imhoff and Simon Zebo, but the conditions may dictate that most of the ball-carrying is left to the forwards.

Many are predicting this could be the year Exeter make their mark on Europe after five campaigns which have yielded just one quarter-final place.

They are odds-on to top their pool and nine-point favourites to win their opening clash against an injury-hit Munster side who are yet to taste success away from home this season.

Scrum-halves Conor Murray and Alby Mathewson are sidelined so third-choice Duncan Williams starts, having come on to replace Mathewson at the end of Saturday's defeat to Leinster.

Munster dominated possession and territory in that match but could not find a way past Leinster's determined defence, and it could be a similar story at Exeter.

But the Irish outfit have a strong pack out and with wet, windy conditions forecast this could well turn into a forwards battle.

Munster know they are underdogs but will fight tooth and nail for at least a bonus point, and the forecast conditions offer them that opportunity.

Pool Five favourites Montpellier are 13-point favourites but have been hit by injuries to fly-halves Aaron Cruden and Johan Goosen - Ruan Pienaar moves to number ten from his more usual scrum-half berth - while powerful Fijian winger Nemani Nadolo has been ruled out for four months.

They should still prevail but opponents Edinburgh kept it tight on the road in defeats to Ospreys and Ulster early in the season before a heavy defeat at European and Pro 14 champions Leinster, and coach Richard Cockerill can get his side to dig in and make the French hosts work for victory.

There's a terrestrial TV offering to kick off the first Saturday of Champions Cup rugby as the Channel 4 cameras will be at what looks set to be a wet and windswept Recreation Ground for this Pool One showdown.

Ten years ago the teams played out a 3-3 draw in monsoon conditions and the weather looks set to limit scoring again. Drawn in a tricky pool, both teams will scrap for every point and a cagey encounter looks likely.

Bath are narrow favourites, which looks right against a Toulouse side who stopped the rot of back-to-back league defeats with a scrappy 10-0 home win over second-bottom Agen last week. But the forecast conditions mean it's likely to be a low-scoring affair.

FIRST PUBLISHED 8:10PM, OCT 12 2018
Leicester had a shaky start to the season with Geordan Murphy replacing Matt O'Connor as head coach, but they look to have gone back to basics