Leicester ready to sink Fleetwood in another tight contest

League One outfit unlikely to be blown away 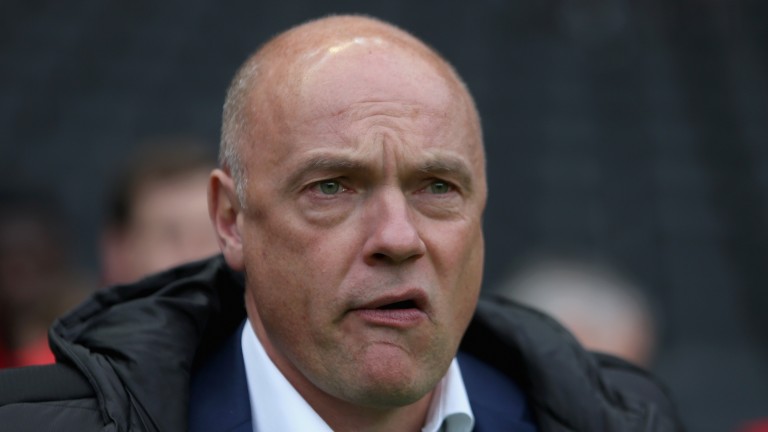 Claude Puel's Leicester were just happy to get a second bite of the cherry against Fleetwood but the Foxes can finish off Uwe Rosler’s side in the replay at the King Power Stadium.

A 0-0 draw at Highbury, a match in which Fleetwood were the better side, was a timely reminder to Puel that if you take liberties against decent lower-league sides you can pay a price.

Puel, unlike countryman Arsene Wenger whose Arsenal were embarrassed at Nottingham Forest, got away with it and they shouldn’t make the same mistakes on home soil.

This is a tie Leicester ought to be winning easily and this is a competition in which the Foxes should be having aspirations of winning.

But, given that Puel will make changes to his starting 11 following Saturday’s excellent 0-0 draw at Chelsea and given that Fleetwood will be bang up for the occasion, a close-fought home win is the tip. A one-goal winning margin for Leicester at 11-4 is a potentially more rewarding alternative to a skinny 90-minute price.

Fleetwood are no mugs – they proved that in the first tie.

Rosler’s charges made the playoffs against the odds last season and, after a ropey autumn, are up to 11th in Sky Bet League One following Saturday’s 2-1 win at Southend. They have won their last five away games and have aspirations of a playoff spot rather than fears of a relegation scrap.

The German has a decision to make over whether to select Amari'i Bell, who is wanted by Blackburn, and a couple of his new recruits who starred at Roots Hall, Toumani Diagouraga and Paddy Madden, aren’t available to him.

But they were a threat in the first game and are unlikely to be blown away in the return, especially with Puel using his squad to select a team.

That will frustrate Foxes’ fans who would feel that Leicester, a team who you can pretty much nail on for seventh to tenth spot in the Premier League this season, have little else to play for. They aren’t going down and it’s unlikely they’ll get into Europe.

Puel took Southampton to a cup final last season so he appears to have some ambition and a fourth-round draw at Peterborough for the winners of this offers a real prospect of a last-16 spot.

They’ve tightened up under Puel, and that will surprise few who saw a lot of Saints last term.

Leicester have had three clean sheets in a row and certainly weren’t hanging on at Stamford Bridge on Saturday – far from it.

Puel also has loads of attacking options up front even if he doesn’t want to risk Jamie Vardy from the start against one of his former clubs and City can come through a tight tie.

Team news
Leicester
Left-back Ben Chilwell is suspended. Matty James (ankle) is a doubt. Wes Morgan and Danny Simpson are out. Jamie Vardy will be in the squad.

Key stat
Fleetwood are unbeaten in their last seven away cup ties.