Leicester can see off struggling Baggies 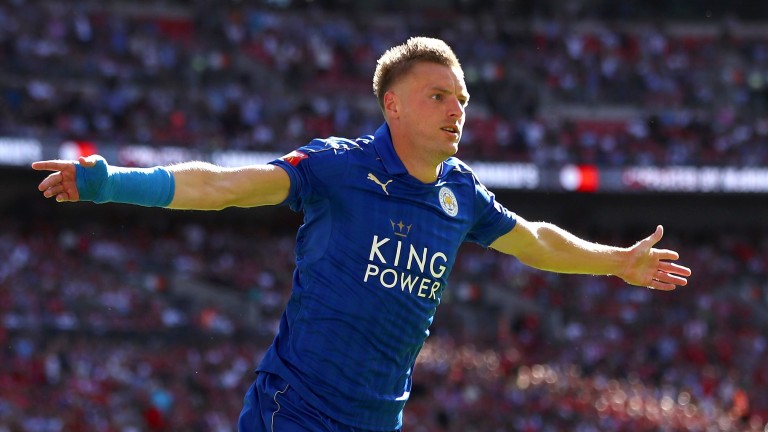 The hosts, unbeaten in the league at the King Power Stadium this season, look a decent enough price to beat the Baggies.

The absence of Kasper Schmeichel in goal might concern some punters – understudy Ron-Robert Zieler has conceded four on each of his last two starts – but West Brom are in a worse state.

Claudio Yacob returns from a ban to be replaced in the sin bin by James McClean. Nacer Chadli (knee) is out while Saido Berahino is still unfit. Jonas Olsson (hamstring) is a major doubt.

It’s interesting that Tony Pulis has sent four-goal top scorer Nacer Chadli away for minor surgery so that he misses only this game, saying his team will just have to make do. The admirable James McClean is also an absentee.

The Throstles are unbeaten on their last seven visits to Leicester, though they rode their luck last year in a 2-2 draw. The Foxes battered them, twice hitting the woodwork.

Currently, however, they are on a run of no wins in five. Within that sequence was an impressive 1-1 draw against Tottenham. But they were played off the park by both Liverpool and Manchester City and looked surprisingly uncompetitive in the latter, a 4-0 crushing.

They have scored only ten goals this term and if Leicester can defend as well as they have done in Europe, they really ought to be able to repel Salomon Rondon and pals.

West Brom’s best hope of success will be from set-plays, which has proved something of a headache for Leicester this term.

But Copenhagen, a team boasting good delivery from corners and free-kicks and an aerial threat, could not score from set-plays in two attempts so maybe Leicester’s training-ground efforts are coming off.

Claudio Ranieri, ever the tinkerman, actually went with three centre-backs on Wednesday before realising it didn’t work, so expect him to revert to his usual 4-4-2.

Also expect frontman Islam Slimani to come back in if fully fit to partner Shinji Okazaki, just as they did in their last victory, the 3-1 success against Crystal Palace. Jamie Vardy, 9-2 in first-scorer betting, hasn’t scored in 11 so is hardly demanding a starting berth.

This fixture tends to produce goals, though today’s clash may not. Under 2.5 is 7-10 and it’s also odds-on that at least one team fail to score.