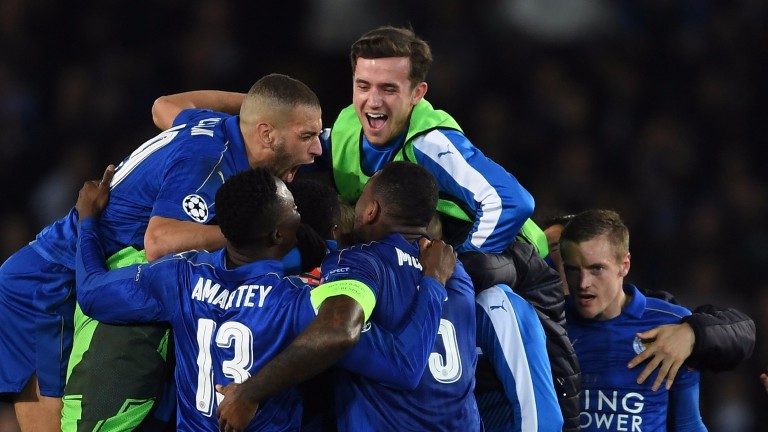 Another La Liga side will stand in the way of Leicester and their bid for a Champions League fairytale after the Foxes were drawn to play Atletico Madrid in the quarter-finals.

Leicester, who beat Seville in the last round, are 3-1 with Hills to qualify for the semi-finals but it's a 2-9 shot that their dream will die at the last-eight stage.

The Foxes have been shoved out to 40-1 to win the Champions League and it is sure to be a difficult test against an Atletico side who have been runners-up in two of the past three years.

Atletico, who will be at home in the first leg, are 6-1 to go one better this season and the task facing Leicester in Madrid is shown by Paddy Power's match betting.

Diego Simeone's side are 2-9 to take an advantage to the King Power Stadium, while Leicester can be backed at 11-1 for an upset at the Vicente Calderon.

Barcelona, who are 11-4 favourites to lift the Champions League in Cardiff, take on Juventus and the tie of the round sees Bayern Munich go head-to-head with Real Madrid in a battle of two genuine European super clubs.

Hills make Bayern 8-13 to reach the semi-finals and Barca are 2-5 to overcome Juventus.

The goals line is likely to be high when free-scoring Monaco clash with fellow gung-ho outfit Borussia Dortmund.

It looks set to be a thrilling last eight and Manchester United will be hoping to dine at the top table next season with the Europa League offering a golden ticket for Jose Mourinho to get back into the Champions League.

United were drawn to play Anderlecht in the quarter-finals and they are 6-4 with BetBright to lift the trophy in a tournament which does not appear to have much strength in depth.

Mourinho's men can be backed at 1-8 with bet365 to progress past their Belgian opponents with Anderlecht at 5-1, while Lyon are seen as the biggest threat to United winning the Europa League at 3-1. The French club meet Besiktas in the quarter-finals.