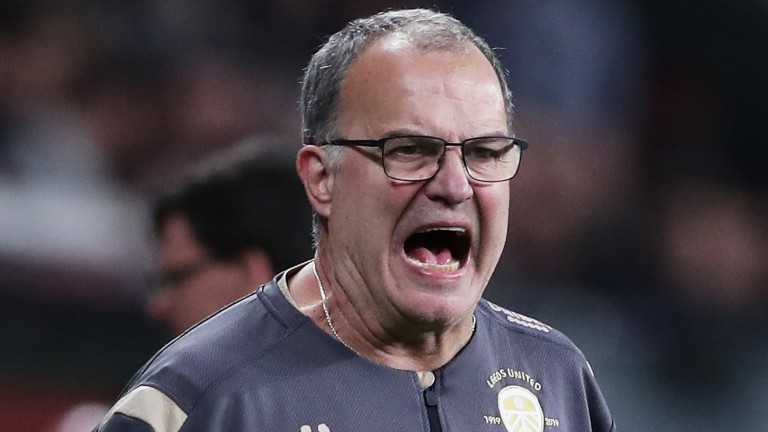 Promotion favourites Leeds barely put a foot wrong in chalking up a convincing 3-1 victory at Bristol City in their Sky Bet Championship curtain-raiser and bookmakers are expecting Marcelo Bielsa’s boys to double up at home to Nottingham Forest.

United enjoyed 60 per cent possession at Ashton Gate and won the shot count 18-13 against a Robins outfit who finished eighth last season and have realistic ambitions of breaking into the top six this term.

Therefore, it is no great surprise to see Leeds odds-on to topple the Tricky Trees, but quotes of 4-7 and shorter are on the skinny side.

Bielsa’s decision to stay at Elland Road showed Leeds are serious about promotion and they have recruited well with Helder Costa, Ben White and Eddie Nketiah arriving on loan from Premier League clubs to bolster their ranks.

But they have lost the services of two of last season’s standout performers in Kemar Roofe and Pontus Jansson and it is too soon to suggest that they are that much better than they were 12 months ago.

Forest were beaten 2-1 at home by West Brom last week but Sabri Lamouchi’s side had started brightly, taking the lead through Matty Cash after eight minutes, before two mistakes from young keeper Arijanet Muric saw a dramatic turnaround.

With Joe Lolley and Albert Adomah in midfield and Lewis Grabban spearheading their attack, Lamouchi’s men should continue to create opportunities.

Forest picked up four points from their two league meetings with Leeds last season, winning 4-2 at home and battling to a 1-1 draw in Yorkshire, and they can contribute to a high-scoring affair at Elland Road.