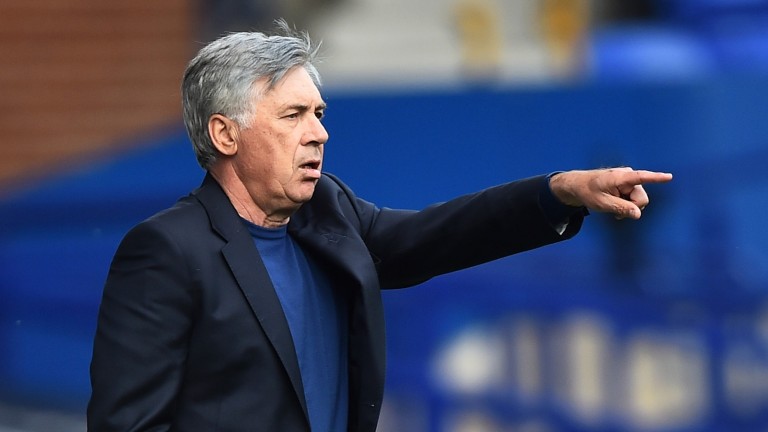 Free football tips, best bets and analysis for the Premier League match between Leeds and Everton at Elland Road on Wednesday evening.

Leeds
Rodrigo and Ian Poveda look like missing out, Raphinha is a doubt. Robin Koch, Diego Llorente, Gaetano Berardi and Adam Forshaw are out.

Everton
Jordan Pickford joins Jean-Philippe Gbamin and Allan on the sidelines. Fabian Delph is fit and Josh King could make his debut.

Everton have won twice as many games on their travels this season as Leeds have at Elland Road and look a fair price to widen that gulf.

The layers are firmly behind Leeds after Marcelo Bielsa's men chalked up back-to-back away wins at Newcastle and Leicester.

Leicester and Newcastle have been Everton's last two opponents as well, although Carlo Ancelotti's side have found them appreciably trickier adversaries with just a solitary point to show for that double-header.

Before that, however, the Toffees had won five of their last six – including three out of three away – and Leeds remain far too inconsistent to be trusted at a short price.

And it's Everton's record on the road that certainly catches the eye. They have lost only two of nine matches away from Goodison, winning six, most notably at Tottenham and Leicester.

Last time out – back at home – they stank the place out against Newcastle, giving the impression they just had to turn up and they'd win against a poor Toon.

Chastised and refocused you'd expected far better this time out while it's anyone's guess what to expect from Leeds. It's hard to be sure Bielsa knows.

What we do know is that they ride their luck – Leicester, even minus Jamie Vardy – piled up 18 efforts on goal at the weekend (although the Whites still played well), and Leeds have had 60 more shots against them this season than Everton have.

Everton also look to have a decent edge from set-plays as well. Leeds have conceded ten goals from set-pieces, more than any other side, while only two teams have scored more from free-kicks and corners than Everton.

Leeds have won 11 points at home while Everton have won 19 away.