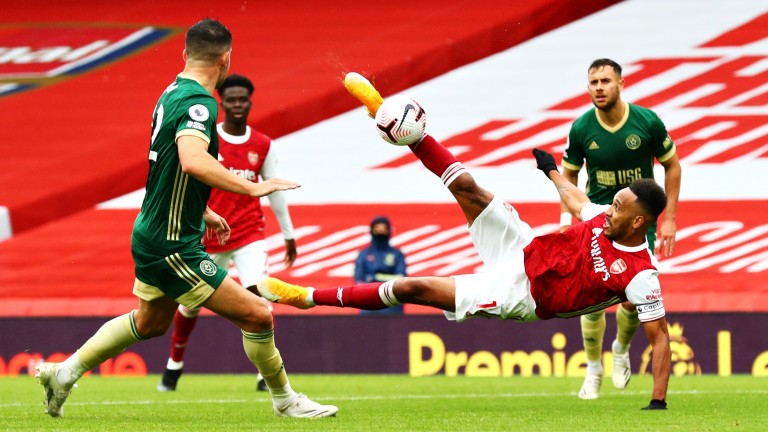 Leeds
Kalvin Phillips is in contention once again and is expected to start while Rodrigo should return to the team after a period of self-isolation but Pablo Hernandez will miss out.

Arsenal
Thomas Partey has a thigh concern and will not feature, while Mohamed Elneny and Sead Kolasinac are out with Coronavirus. Gabriel Martinelli remains sidelined.

Both Leeds and Arsenal will be itching to return to action in the Premier League after heavy losses before the international break and the attacking nature of these sides suggests this fixture could well be worth the wait.

The hallmark of Mikel Arteta's rejuvenated Arsenal had been an improved sense of aggression and defensive awareness but that went out of the window against Aston Villa last time out, as the Gunners were battered 3-0 at the Emirates.

The north London outfit managed only two shots on target and the performance was reminiscent of the Unai Emery era.

As for Leeds, they have lost their last two Premier League assignments by 4-1 scorelines against Leicester City and, most recently, Crystal Palace, raising questions about their top-flight credentials.

Like their London counterparts, Leeds will have few concerns about their ability in the final third - Patrick Bamford has been in excellent form, netting seven of their 14 league goals this campaign.

But their defensive disorganisation, coupled with the absence of influential midfield pivot Kalvin Phillips, has prompted a decline in recent weeks and Elland Road may not be as difficult an excursion as Arsenal fans would have initially expected.

The Gunners have, however, lost four of their last six league fixtures, winning the other two against Manchester United - by virtue of a penalty - and a sorry Sheffield United outfit.

Neither side therefore make any appeal in the match-betting markets and backing over 3.5 goals at 17-10 could instead be the way to go.

That bet has clicked in four of Leeds's league games already this campaign and with Alexandre Lacazette, Pierre-Emerick Aubameyang and Bukayo Saka on display for the Gunners, these two defensively porous sides should serve up a high-scoring affair.

For a goalscorer bet, favourite Aubameyang could offer some value at odds-against.

The Gabonese marksman netted 22 Premier League goals in the 2019-20 season, falling one short of Leicester's Jamie Vardy in the race for the Golden Boot, and although he had made a slow start this season, there is one reason in particular why he makes appeal against Bielsa's men.

Thanks to VAR, there have already been 42 penalties awarded in the top flight this term - 92 were given in the whole of last season - and Leeds have conceded four of them.

No Premier League outfit have given away more this season and in what should be a frantic affair at Elland Road, Arsenal's designated penalty-taker Aubameyang could have a handful of opportunities to up his tally for the season.

FIRST PUBLISHED 11:57AM, NOV 21 2020
There have been 42 penalties awarded in the top flight this term - 92 were given in the whole of last season - and Leeds have conceded four of them