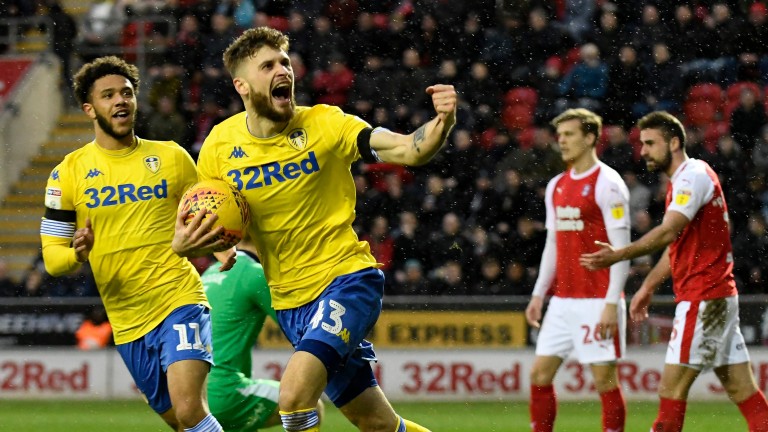 Leeds are odds-on in places to be crowned winners of the Sky Bet Championship after recovering from a goal down to claim a vital win at Yorkshire rivals Rotherham to increase their lead to three points.

Punters who are still looking to get with Marcelo Bielsa's team to claim a place in the Premier League for the first time since 2004 and go up as champions can get 11-10 with bet365 and Betway.

Their task was made easier by their closest rivals Norwich being held to a 2-2 draw by Sheffield United at Carrow Road.

The Blades moved up to third with the point they earned from their trip to Norfolk and Chris Wilder's side are 11-10 to be sitting at English football's top table next season.

Leeds are as short as 1-5 to go up, with Betfred offering an industry-best 4-11, while Norwich are 5-6 for promotion having last played in the top flight in 2016.

Manchester City are just 21-10 with Betfair and Paddy Power to win the FA Cup after they cruised into the last 16 with a 5-0 home victory over Burnley.

Their arch-rivals United are 4-1 to go one better than last year after they impressed in a 3-1 victory at Arsenal on Friday night.

The shock of the fourth round came at the Den, where Millwall came from behind twice to grab a last-minute winner in a 3-2 win over Everton.

The Lions were a 4-1 winner for Racing Post Sport tipster Dan Childs.

There was a close shave for Wolves, who were two down against 13-2 Sky Bet League One side Shrewsbury, but they battled back to earn a replay, while League Two Newport earned a second bite of the cherry against Middlesbrough after notching a late equaliser at the Riverside.