Jack Grealish remains out for Villans 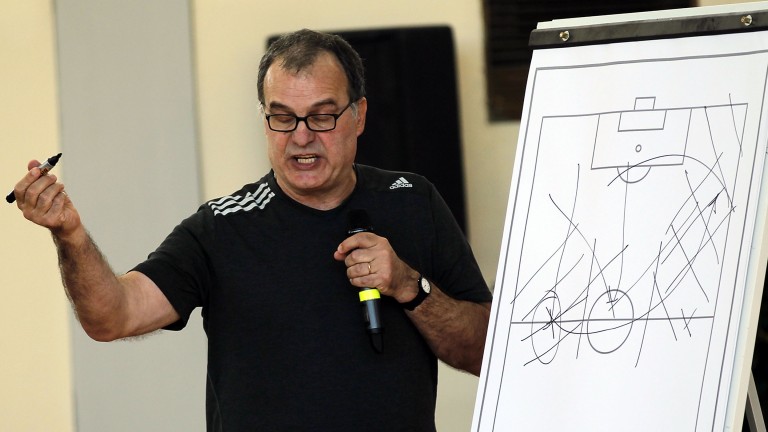 Leeds have won at some tough venues this season, defeating Derby 4-1, Norwich 3-0 and Sheffield United 1-0, and they can underline their title credentials by beating Aston Villa at Villa Park.

The Sky Bet Championship is renowned for being ultra-competitive, but Leeds average a shade over two points per game (2.05) and are on a five-match winning sequence.

Their stunning improvement since last season, when they finished 13th place, despite minimal changes to the squad is a testament to the work done by manager Marcelo Bielsa.

It was feared Bielsa's intense training methods would be counter-productive over a marathon 46-game season but Leeds are gaining strength and getting key players back from injury.

Patrick Bamford marked his return to the side after a three-and-a-half-month layoff by scoring in a 1-0 success at Bolton last Saturday.

And Bielsa's back four will be stronger this weekend with Luke Ayling set to make his first start since October, replacing 19-year-old deputy Jamie Shackleton.

While Leeds are getting players back, Villa are without influential attacking midfielder Jack Grealish, who continues to be troubled by a shin injury.

A lot of Villa's attacking play goes through Grealish and he was missed last weekend as Villa put in a below par performance in a 2-2 draw at home to Stoke.

Villa have been heading the right way under Dean Smith, taking 18 points from ten games, and will see a top-six finish as a minimum requirement.

But Leeds have set the benchmark with the best goal difference and second-best defence, and look the likelier winners.

Team news
Aston Villa
Birkir Bjarnason (groin) and Albert Adomah (ankle) return to the squad and Mile Jedinak is back in training but Jack Grealish (shin) and Neil Taylor (hamstring) are out.

Leeds
Luke Ayling (knee) is expected to return after a seven-match absence but Izzy Brown, Liam Cooper (both knee), Gaetano Berardi (hamstring) and Stuart Dallas (foot) are out. Samuel Saiz will play no further part as he prepares for a loan switch to Getafe.

Key stat
Leeds have scored in each of their last 12 away matches.